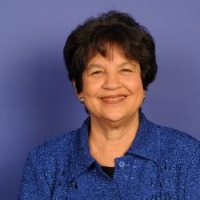 “And the bottle’s on a poodle and the poodle’s eating noodles …..”, said Rep. Lois Frankel.

On September 28, 2013 Rep. Lois Frankel of Florida asked for and was granted permission to address the United States House of Representatives for one minute regarding the looming government shutdown and the utter stupidity and foolishness of Republican antics in Congress.

“Mr. Speaker, with all due respect to my friends on the other side of the aisle, this shutdown talk has evolved to ridiculousness.

When beetles fight these battles in a bottle with their paddles

And the bottle’s on a poodle and the poodle’s eating noodles …..

Filed under: News, Politics
Share Tweet Pin G Plus Email
previous article: Among the other issues Congress has to deal with is “Syria’s chemical weapons”, says Rep. Jackson Lee
next article: “Shutdown talks has evolved to ridiculousness”, said Rep. Frankel