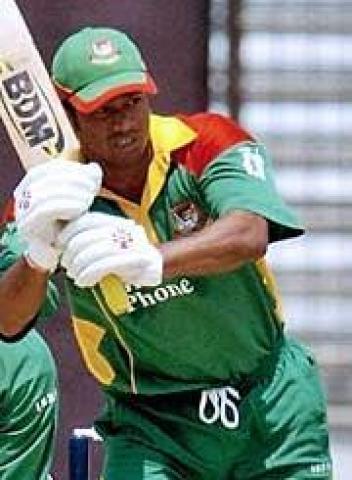 Poor fielding of distressed the scintillating century of Alok Kapali while they were defeated by 7 wickets against strong after scoring a very comparative score of 283/6.

Chasing a target of 284 lost their first wicket very early by a magnificent ball of Shahadat Hossain. Then inform Indian opener started to consolidate with Rohit Sharma but he could not go for long giving a catch in mid wicket. Then another informs batsman Suresh Raina made a partnership with Gambhir. They went nicely to do the rescue of loosing two early wickets. The result would have gone to the ’s way if Farhad did not miss the catch of Gambhir and Mahmud did not miss the catch of Raina when he was in just 16 runs. then would have in tremendous pressure loosing 4 wickets under 120 runs. After having new life both batsmen went after Bangladeshi bowlers and took the game totally away from . Raina made unbeaten 116 and Gambhir was out in 90 runs.

Earlier after winning the toss batted first and had a good start with the half century of Tamim Iqbal and they lost their wickets but Alok Kapali played a scintillating knock of 115 with 5 huge sixes punishing every Indian Bowlers in the later over giving a reasonable total of 283/6.