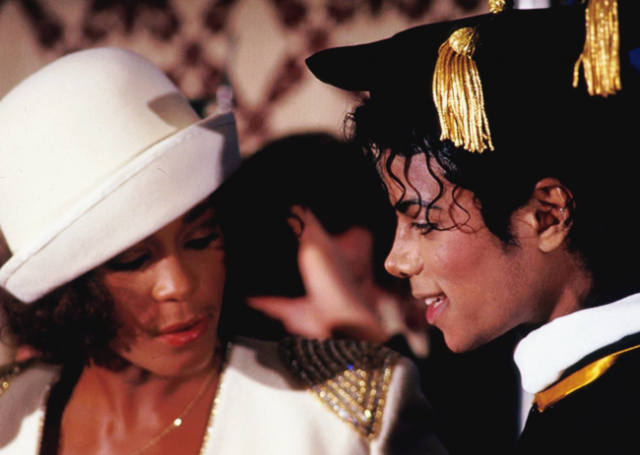 The "Queen of Pop” was found dead in her Hotel Room on the 4th Floor of the Beverly Hilton Hotel. At 3:45 a.m. . The Beverly Hills Police Department received a 911 Call from Hotel Security. Paramedics were already at the Scene and tried to resuscitate Houston.

At 3:55 p.m. Whitney Houston was pronounced dead. The Cause of her Death is still unknown, but it seems like long lasting drug use has finally taken its toll.

Houston was one of the world’s best selling Artists.

– 4 US Number One Albums

Besides her Daughter “Kristina”, She is survived by her Mother Cissy Houston

She will always be remembered for her Powerful Voice and her unconditional Devotion to her Fans.

LONG LIVE THE KING AND THE QUEEN