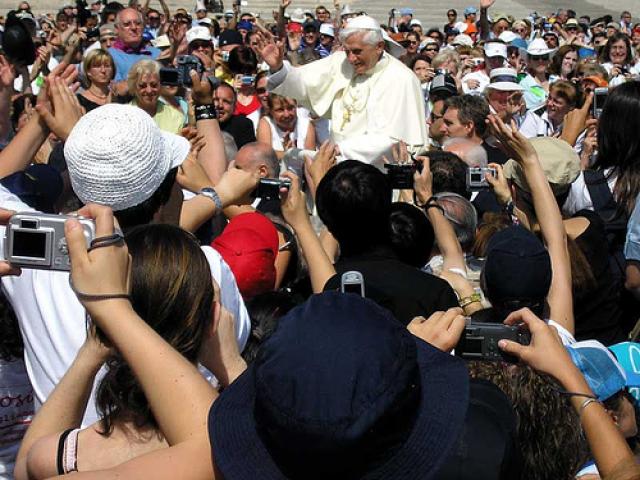 Two things that Pope Benedict XVI blamed the sex scandals on were the availability of pornography and the decrease of Catholic marriages in the country. Benedict XVI continued and said that it was a deep shame and very bad behavior on the behalf of the priests to be engaging in such behavior.

“Many of you have spoken to me of the enormous pain that your communities have suffered when clerics have betrayed … their obligations,” Benedict XVI when addressing the American bishops.

Then, Benedict proceeded to blame pornography and violence. He called for a “moral renewal” in the US media and entertainment industry. But, he mainly attacked the available of pornography, lack of Catholic marriages, and the sex scandals for the moral decay of the country.

I have talked with a few people on their take of the sex scandals revolving around the Catholic Church. One friend known as “Ziare” felt that priests need to think longer about the no sex commitment before they jump into a lifetime of abstinence.

Another friend known as “Valekin” goes to a Catholic school. But, he is not Catholic. He is Judeo-Christian. Valekin explains that the scandals are a mistake in the sifting process. He said that serious reforms have been going on in the Catholic Church due to the sex scandals. But, he had to get trained in the Catholic faith so he could teach a youth group for community service at an elementary school.

While there is the valid point of the oath of celibacy, it cannot serve as a scapegoat. The thing is this, the sex scandals involved boys. Homosexuality is deemed to be a major sin/vice in the Catholic Church.

In the case of Benedict XVI’s visit to the United States, it could very well play a factor in the Democratic primary contests and the general elections. It is said that the Catholic voting bloc will be a vital voting bloc. However, the Catholic bloc does not exclusively belong to only one party.

Filed under: US, World
Share Tweet Pin G Plus Email
previous article: PGMA Wields own Micro-Management Skills
next article: Police Sergeant Caught with his ‘Pants Down’