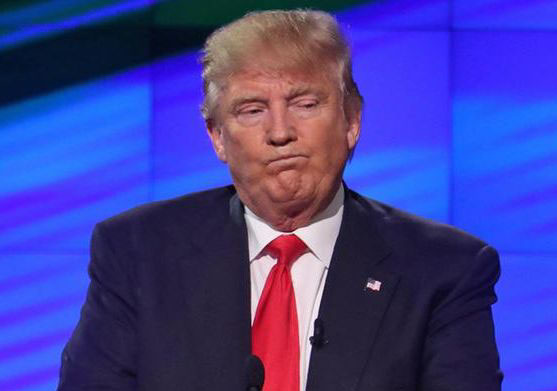 In the days after the election of Donald Trump as the next president of the United States, many cities played host to protests and civil disobedience in reaction to the news. In Portland, Oregon, protests continued for a full day and night, with more demonstrations likely to be on the horizon.

The initial protest began on November 10, and by all accounts was a peaceful demonstration at first. Somewhere around 5pm, a group of self-described anarchists changed the mood of the crowd, and as much as $1 million in property damage was inflicted.

On a hopeful note, Oregon Live reported a statement from the Portland police department that many protestors had tried to stop or control the more destructive element, but that the anarchists had refused to stop breaking windows or smashing property. The leaders of Portland Resistance immediately organized a fundraiser to try and help pay for the cleanup and damage. They also had volunteers in the street helping to clean up the damage.

Many businesses may be able to file property damage claims in order to recoup some of their loss. Others may have been uninsured or underinsured. The police have also spoken out in favor of the peaceful protests, and have simply asked that the protesters do their best to control the more violent elements.

While many business owners were expressing sadness and displeasure at the way the protests had turned their city upside down in the days after the election, that has also not kept them from standing with minority communities. So Lisa Mangum and Jason Leivian used the resources at Independent Publishing Resource Center created a sign that local businesses can use to declare themselves a safe space for all. They distributed the signs to dozens of local businesses. The message spread online, and the company has reportedly gotten requests for the signs from East Coast businesses as well.

The letter pressed posters read: WE WELCOME: ALL RACES, ALL RELIGIONS, ALL COUNTRIES OF ORIGIN, ALL SEXUAL ORIENTATIONS, ALL GENDERS. We stand with you. You are safe here.”

Mayor Charlie Hayes, in a statement to the local media, said that “Words and actions both matter…having merchants say everyone is welcome here. Having people draw hearts on the plywood and broken windows in the Pearl District…that touches my heart.”

Lisa Mangum said that she and her husband, who owns Floating World Comics, created the posters to help reassure community members who felt vulnerable and threatened in the wake of the election of Donald Trump, who has promised to create a Muslim registry build on the model of Japanese internment camps.

Cathy Zwicker, who is co-owner of Craft Wonderland, a gift shop located in downtown Portland, said that ten minutes after she hung her sign, a man came into the shop just to thank her for displaying it.

Since the election, authorities such as the Southern Poverty and Law Center have reported a noticeable increase in the number of hate crimes being perpetuated within the United States. Racist graffiti has been reported on businesses and in schools, and many residents have reported receiving notes from neighbors, telling them to leave their communities and go back to where they came from.

For business owners looking to clean up after damage, whether from a hate group or a protest, searching the internet can turn up common tips to negate some of the damage. Graffiti can often be cleaned off using paint thinner or bleach. Some surfaces might require sandblasting or power washing. Businesses could also consider organizing a fundraising event to help pay for damages, or to provide snacks and beverages to volunteers who are willing to help with cleanup. In many ways, the best response to destruction and vandalism can be to create a sense of community.

Businesses could also consider organizing a fundraising event to help pay for damages, or to provide snacks and beverages to volunteers who are willing to help with cleanup. In many ways, the best response to destruction and vandalism can be to create a sense of community.

Since the violence of the November 10th, protests in Portland have remained primarily peaceful. Over 100 people have been arrested.