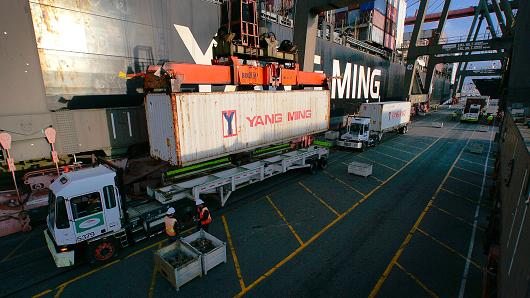 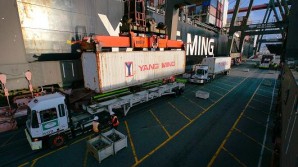 “I strongly urge both parties and, if necessary, this administration to get involved–to get back to the negotiating table and enact a swift resolution–to prevent serious long-term harm being done to our local and national economy and to our export markets”, warns La Malfa of California.

On February 13, 2015 Rep. Doug La Malfa asked for and was granted permission to address the United States House of Representatives for one minute regarding a “devastating” ripple effect of a “slowdown” in our port system is causing an costing the US economy:

“Mr. Speaker, the ongoing slowdown occurring at our west coast ports is causing devastating economic conditions for our agricultural industry and an alarming ripple effect to supply chains across the Nation. Recent estimates have predicted retailers could lose as much as $7 billion this year and that it will cost the overall economy $2.1 billion every day if this shutdown continues.

In California, our citrus shippers are reporting delays as long as 4 weeks versus the typical 3 to 4 days for cargo to leave ports, causing their products to spoil and rot on the docks and increasing the already sizable backlog. One California almond company reported they already had to lay off 50 employees due to the slowdown at the port. Without action, these numbers are only going to worsen as long-term or permanent damage is even done to our export markets.

We cannot afford to sit back as our producers and growers and workers bear the brunt of this labor dispute. I strongly urge both parties and, if necessary, this administration to get involved–to get back to the negotiating table and enact a swift resolution–to prevent serious long-term harm being done to our local and national economy and to our export markets.”

Note: In the United States, port security is handled jointly by the Coast Guard and U.S. Customs and Border Protection, both components of the Department of Homeland Security. Local law enforcement agencies and the FBI also have a role in port security at the local and regional level.

The U.S. maritime system consists of over 300 sea and river ports with more than 3,700 cargo and passenger terminals.

1) Various geographical bottlenecks or ‘chokepoints’ around the world like the Straits of Malacca leave shipping vessels susceptible to attack, ports are the real ‘chokepoints’ in global trade…This is particularly true here in the United States, where port security is extremely lax…

2) The vulnerabilities of our ports are many, leading to potential security breaches in almost all aspects of the container shipping industry…

3) Cargo containers represent by far the largest area of concern in terms of security and vulnerability.

4) With all that being said an attack on any aspect of the maritime system, mainly major ports, can devastate the US economy and severely cripple trade and potentially affect the global economy by billions of dollars…

Filed under: News, US
Share Tweet Pin G Plus Email
previous article: Governor sets time frame for implementation of Road Safety framework
next article: Modern day samurai rumored to have the ability to slow down time and space itself