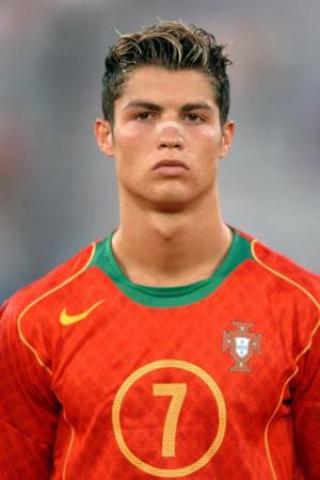 Everything went according to script for the Portuguese today.

In a four-goal thriller from Geneva on Wednesday, 2008 FIFA World Player of the Year Cristiano Ronaldo finally delivered for his side, finding the back of the net halfway through the second half and sealing the game with another toward the end.

The Czechs to their credit looked significantly brighter and more confident than their first outing against the Swiss, creating opportunities and consistently peppering the Portuguese back four from the air throughout the game.

Czech Republic did not start veteran striker Jan Koller and instead opted to go with Portsmouth forward Milan Baros as their lone hit-man up top. Baros brought a spring to his step, and the Czechs enthusiastically got the game going at a high pace for the first forty-five minutes. The Czechs were also able to successfully peg Ronaldo with at least two – at times six – defenders throughout the first half, frustrating the Manchester United mid-fielder and preventing him from playing the dominating role the Portuguese have wanted from him.

In the eighteenth minute, a short and effective give-and-go combination between Ronaldo, Deco, and Nuno Gomes propelled the Portuguese quietly past the Czech defense, and Deco collected the ball a yard out from the net and pushed the ball past the goal-line in somewhat messy fashion.

A powerful header from mid-fielder Libor Sionko off a Czech corner kick put Bruckner’s side level again in the 32nd minute, though, and the two sides went into halftime level at one apiece.

Then, Cristiano Ronaldo shone. In a progression of short-long passes typical of Luis Scollari’s team, Deco found himself with space on the wing near the eighteen yard box, which he pin-balled to a dashing Ronaldo halfway across the pitch. The twenty-three year old then made no mistake with the cross, thundering it into the corner of the net past Czech keeper Petr Cech in the 63rd minute.

A constant barrage of aerial attacks from Libor Sionko, Milan Baros, and substitute Jan Koller – a dangerous 6-foot-8 (202 cm) threat – kept Portuguese keeper Ricardo busy throughout the second half. In the 90th+ minute, though, a clever seventy-yard Portuguese free-kick found the Czech defense un-alert and pushed too far up – and Ronaldo was to the races alone against Cech, selflessly laying it off for the oncoming Ricardo Quaresma, who gratefully tucked it in for Portugal’s third.

Portugal now sit alone atop Group A, with the second of the day’s fixture still to come between Switzerland and Turkey. Portugal will automatically qualify for a berth in the knockout stage of the tournament early if the second match ends in a draw or a Turkey win.

Filed under: Sports, World
Share Tweet Pin G Plus Email
previous article: THE EDUCATION OF THE HEART
next article: THE THEORY OF CONTINUOUS CREATION