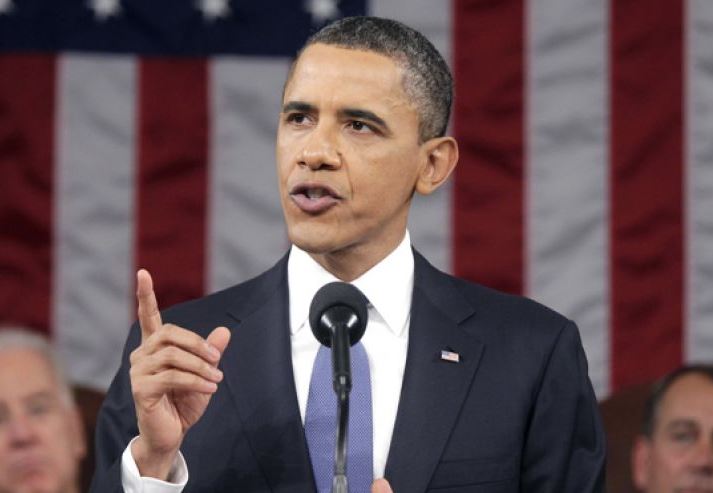 I liked it, I really liked it. I didn’t expect to like it. But I did. 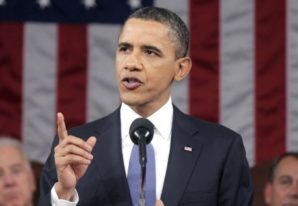 A familiar walk, a familiar gate, a familiar smile. We have gotten to know this man. His fifth State of the Union. Soon there will be boys and girls in elementary school that will have memory of no other president. And yet, what can we really expect from this routine address given in front of a Congress not friendly to him and a borderline Senate.

My comments are from a speaking perspective. REALLY! This is a speech written, revised, and by some reviled. A speech where every word and thought is cajoled from the page to be brought to life. What can we, mere mortals learn about speaking, from this orator.

This speech made me laugh out loud and it made me cry. From a speaker’s perspective, to move your audience is all you can ask of a speech. It made me realize that I miss his speaking. He is his biggest value. Even when his numbers are low, American still like him. Get out there and speak Obama, that is your strongest quality. Use it

Game on. Game on Americans, your president is not a lame duck yet. Game on Republicans. He served notice that if you don’t want to work together, he will work unilaterally through executive order. Game on those Obamacare haters. He specifically said, 40 votes is enough let’s move on.

He started with examples of what people around America are doing today that they could not do a few years ago. He started with a teacher. He did not start with thanks and boring accolades. Take note speakers out there.
Some lines from this speech:

U.S. is better positioned for 21st century than any other country on earth. That is something.

Question to each Congress person, are we going to help or hinder our country?
He talked directly to Congress for the debate over the rancor of Washington. He by-passed Congress completely, went directly to the American public and said, we are not doing right by the American people.

He turned his YES WE CAN TO YES WE DID.

His hand gestures were right on. He used one, he used both, he was not just a talking head. Both hands, purposeful.

One call to action was Let’s get it done—on the issue of immigration.

Our collective shoulder to the wheel of progress.

I liked his reference to Mad Men. Whether or not he has ever watched the show, the reference said, hey I am relevant, I know what this popular niche show.

In light of the recent talk about the Republican war on women, Obama’s comment was “when women succeed America succeeds”. And the Republicans sat.

In talking about the numbers of Obamacare, he said clearly the number zero. Never again can someone be denied health care coverage for preexisting condition. If anyone wants to know what clarity sounds like, this is it. Thousands of pages of the Affordable Act reduced to one sentence for effectiveness.

To those who keep bringing up Obamacare for a vote, he said Americans are not interested in fighting old battles.

This speech had a few Calls for Action. Moms call kids to sign up, kids call mom-walk her through and she’ll appreciate hearing from you. This is the one sentence that actually made me laugh out loud.

The State of the Union ended with a long, very long bi-partisan standing ovation orchestrated by Obama for Cory Remsburg. A man that he said, never gave up. I hope what Obama was saying to the country is, I won’t give up. I hope so. Because he has the job for almost three more years and I want to see him work to be as effective as possible for every day of his second term.

Filed under: News, Politics
Share Tweet Pin G Plus Email
previous article: How to attach Coral Frags inside your Aquarium
next article: The Kaling of America