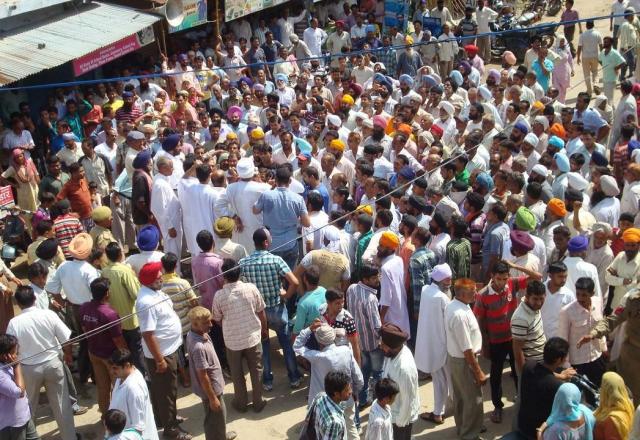 Jammu & Kashmir: Despite failing to fulfill demands of consumers, Power Development Department {PDD} has resorted to firing of paper canons with every passing day to convince them. Government is coming out every next day with proposals of development in power sector or advisory for power shut down on the pretext of repairing lines etc to avoid confrontation with consumers who pay monthly fees as per the wishes of authorities in the department.

Following unprecedented power cuts for the last couple of days, people took to streets to exhibit protest demonstrations against government and PDD in particular. Over 200 people blocked a road in New Plot –Janipur area by staging heavy demonstrations against the unscheduled power cuts in the city. Jammu West Assembly Association President Sunil Dimple said "We will launch major agitation in city against the government, which has failed to provide uninterrupted power supply to its worthy customers, despite increasing load to them”. Earlier, over 300 people, including women, from various colonies, blocked the Satwari Chowk on the highway to protest the power failure in the area during the night. The protestors raised anti-government slogans, even clashed with police. After a one-and-a-half hour blockade, traffic was restored on the highway. People also held protests in Bohri Patta and Hazuri Bagh areas over the power cuts through out the night.

Similarly, inhabitants of Ramgarh and its adjoining areas in staged massive protest against power failure in the area causing serious threat to crops due to no irrigation because of it. They threatened to launch wide spread agitation against the Power Development Department (PDD) and government for its failure to provide adequate electricity due to which farmers have been facing starvation like situation in the border villages. Former Minister and Congress leader Manjeet Singh said that there is starvation like situation in hilly areas adjoining to Ramgarh sector due failure of electricity department. He said that non seriousness of PDD not only could damage crops but also could lead to devastation to the future of hundreds of youth of the area.

Ignoring pathetic present and painful past of consumers Chief Minister Omar Abdullah, (Who also looks after PDD) has said that innovative initiatives have been put in place under the new hydro electric policy to catapult indigenous power generation. Equal attention is on upgrading and improving transmission and distribution system to obtain substantial results and bring about healthy change in the State’s present power scenario”, he said adding that various mega, medium and small power projects taken in hand for execution have put the State on road to self reliance in electricity. He said the initiatives taken by the coalition government on power generation and its distribution will show substantial results in near future providing substantial relief to the people. “It will also help in a big way for industrialization, enhancement of economic activities and employment generation”, he added.

Meanwhile, business community including shopkeepers, industrialists and factory owners have decided to launch massive protest on July 21 under the supervision of Chamber of Commerce and Industries of Jammu.

In a bizarre like situation wherein children, school going, elders, young, men and women are asking for accountability of the department with heavy heads and hearts, coming up with brand new developmental proposals and exercising hallow assurance seems to be intriguing, but how much it affects upon the masses remains worth to watch in the days to come.