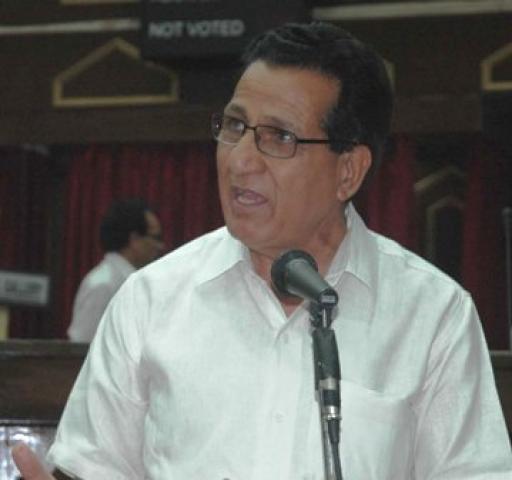 , March 25 (Scoop News) –   The Minister for Medical Education,  R.S. Chib today said that a Project Report of Rs.2800 crore for construction of Baglihar Hydro Power Project stage-II has been prepared and the execution of this power project would be completed upto the financial year 2014-15.

The Minister for Medical Education,  R.S. Chib on behalf of the Minister for Power today informed the Legislative Council that all precautions and norms have been observed and undertaken while impounding of Baglihar Power Project reservoir.

Replying to a clubbed question  by  Naresh Kumar Gupta,  B.R. Kundal and  Vijay Bakaya, the Minister informed the House that the reservoir rim studies of Baglihar reservoir from Dam to Pul Doda were got conducted through Geological Survey of India (GSI), who have mentioned in their studies that both banks of River Chenab comprise mostly of rocks. He said the GSI has further reported that water in the river is restricted to the narrow gorge of river , except at places where major nallahs enter the river.

The Minister said that in view of the reports of GSI, the protection measures near banks of the river where not suggested. He, however, said the Soil Conservation Department has formulated a Baglihar Catchment Area Treatment Plan of Rs.15.96 crore to protect the uphill slope and stop the ingress of silt from the nallahs, draining the catchment, and so far the Department has spent Rs.7.57 crore on the Catchment Area Treatment Plan Project.

The Minister said that in February 2009, a pre-existing slide at Assar got activated due to heavy and incessant rains, adding that except this slide, no more slides have occurred.

The Minister said that this power project is producing 450 MWs of power, 50% of which is procured by J&K Power Development Department, whereas remaining 50% is traded through PTC for servicing and repayment of loan taken for the project.

The Minister said that the power position in the State has improved considerably after commissioning of this project.