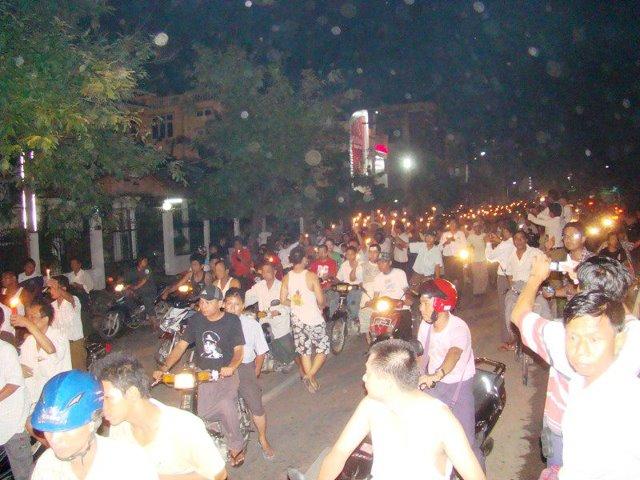 Local residents in Mandalay, Myanmar protested for enough electric power on May 20 and 21. But on the third day they calm down as the government authorieties officially apologise the public in government-owned daily newspapers. Another reason is that  ministry for electric power installs 12 generators all around the town today for trying to fullfil the need of power.

On the first day, over 500 people took part in the protet after which divisional authorities for electric power invited them to inform the reality about power shortage not only in Mandalay but also in the whole country. They also explained the situation of power blackouts in Myanmar in a press conference just before the protest.

Although protests in Mandalay calm down, some people in Yangon take part in candle campaign protest which begins later today.

Most participants in those protests demand the government to dismiss the minister for electric power, Zaw Min who claimed that Myanmar has enough electric power and even some amount of power had been sold out to China.