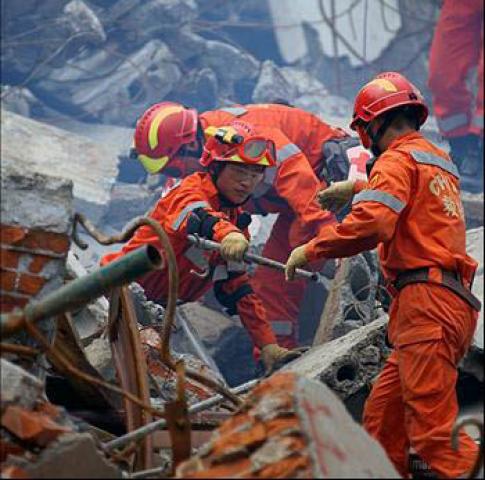 The 6.0-magnitude tremor shook some of the worst-affected parts in province six days after ‘s worst natural disaster in a generation left an estimated 50,000 people dead.

has suffered more than 20 aftershocks of 5.0 or above on the Richter scale since last Monday’s initial 7.9-magnitude quake, amid all-out efforts to rescue more than 10,000 people buried under the rubble.

One survivor was pulled out on Sunday after 139 hours under the debris of a flattened hospital in the ravaged provincial town of .

But not all the rescue stories have happy endings. A man pulled alive from the rubble after 129 hours — and whose leg had to be amputated by rescue teams — died in a hospital on Sunday of heart failure, state media said.

Filed under: Health & Science, World
Share Tweet Pin G Plus Email
previous article: Its Population at Risk, India Observes No Tobacco Day
next article: Youth and a 17 Year Old Girl Were Found Dead in a Gorge