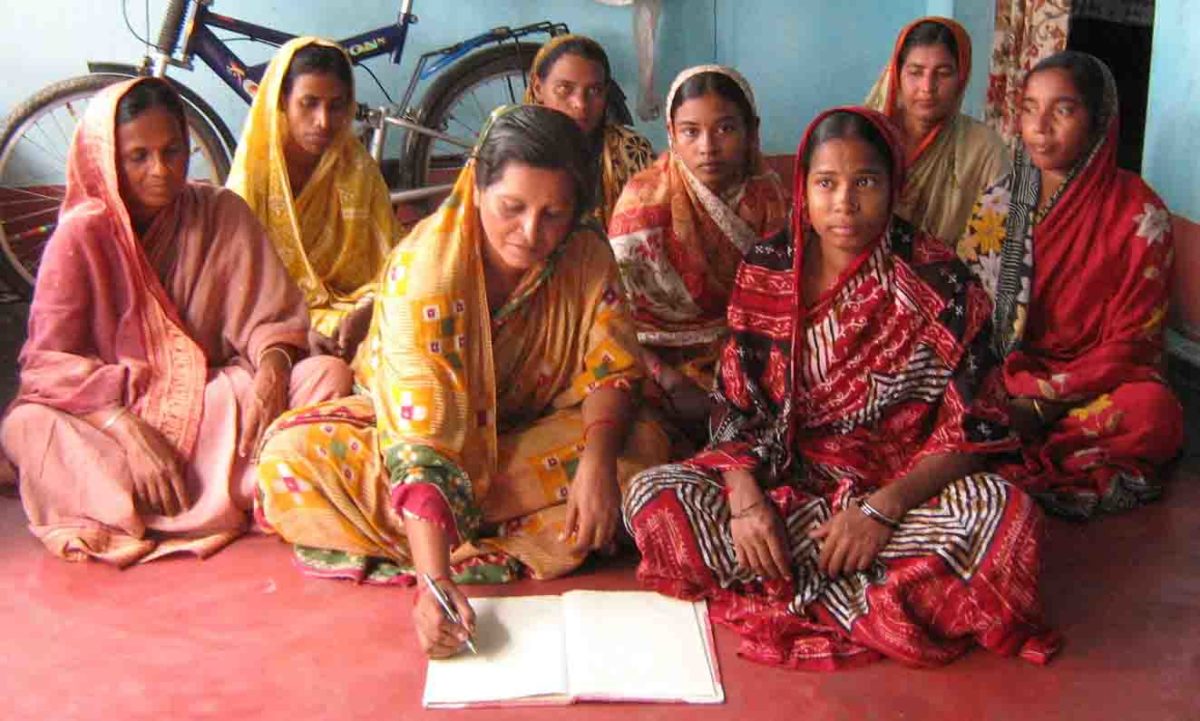 “Education is a human right imperative, a development imperative and a peace imperative. The global learning crisis violates human rights, undermines social cohesion, threatens stability and creates a lost generation that cannot join in the lives of their societies.”

Today, Sustainable Development Goals are the world’s time stimulated targets for addressing some of the key issues to development, whether it is extreme poverty, financial instability, acute hunger, chronic diseases, inadequate sanitary services, and gender inequality, education, along with climate change. One of the key issues Sustainable Development focusses is education for women. This is the foundation of development not only of an individual but also a country as a whole, which now even international organizations and political leaders have come to understand. Education is crucial for the development of an individual as it enhances social skills. It is important for all the countries to commit themselves in achieving the target while providing free education for all.

Since the conference at Addis Ababa, policy makers grew aware about the lack of education opportunities to women. Today, determined to provide free education to all global countries have been setting goals to achieve this target and resolve the issue of education in the least developing economies. However, determination is not the only factor required to achieve this target. International communities fail to see this issue through a multi-dimensional prism and hence all the policies and legal frameworks created by them, continues to fail. As a matter of fact, even by the end of 2016, not much progress has been achieved.

The steps so far

The steps taken by the global communities towards universal education for girls have not been smooth. This is evident from the records of nations showing how far the global economies have achieved the sustainable development goals, or on the verge of achieving it. There is phenomenal increase in the number droppings of girls in schools as international assistance to achieve the universal education for all, fell for the worst in 2011. This has brought the progress to a halt. Moreover, there has been reductions in the aid making it impossible for the nation to achieve the goal. Even after 4 years of primary school, over 250 million children are unable to read and right. Deprived from this basic skill, they are prone to become illiterate. Importantly, on many occasions, policy makers are found to relate education with schools; improving the methodologies of learning is the only way to prevent girls from being trapped by illiteracy. Many girls are forced to leave the schools early.

While discussing the importance of education for women, it is important to effectively address the root cause behind it, poverty, gender and geography. Girls coming from the poorest households are more vulnerable of dropping out, even at the primary level. Whereas in the financial stable backgrounds, dropping rate of girls are far more than that of boys. Today, out of 123 million youth aged 15% to 25% cannot read properly out of which 61% are women. Policy makers need to stress on improving the quality of education.

Improving the quality of education is a difficult task, as it not only involves cooperation and coordination between policy leaders but also requires changes in the policy frameworks. It cannot be achieved without significant cooperation. To understand the issue, the student absenteeism or the unavailability of the teachers needs to be addressed simultaneously. Policy makers need to understand that, results drawn approach will be viable in here as there is going to significant resistance from the communities who do not wish to change.

It is moreover wrong to say that there has been no progress so far, however, the statistical data’s are evident. Developing economies have done a remarkable work in providing access to education in rural and urban areas. There was a phenomenal increase in the number of enrolment of girl child, rising from 83% in 2001 to 90% in 2011, whereas the number of girl dropouts were recorded around 102 million in 2000 to 57 million in 2011. Progress such as these, will definitely assist nations in achieving the target of universal education. There has been significant increase recorded in female literacy.

Many girls are deprived from attaining education because of social, cultural and health challenges. Moreover, the nation’s education system does not help them in unlocking their full potential and prepare them to become active global citizens. Today, globally, over 65 million girls are unable to attend primary and secondary schools. And as we are making progress in enrolment of girls in schools, the policy frameworks on education are quite weak, creating enormous difficulty for them to break the chains of poverty, girls not only require a straight 9 years of continuous education, it also needs to be supported through concrete policies. With schooling, girls are likely to fall ill, become independent and thus a workforce with social skills.  They marry at the right age and give children which high rates of survival. It is also important to understand that, educating girls and eliminating all the barriers preventing them from becoming educated, such as early marriage and gender based violence, plays a crucial role in eliminating global poverty.

Education is a necessity for the socio-economic development of an individual along with socio-economic development of a country, hence it should be free, it is important for policy makers to address the costs in education, keeping girls at home. Uniforms costs, books and other stationary costs, along with the travel, girls living in acute poverty have no choice but to skip schools and support their families by taking odd jobs. On many occasions, parents refrain from sending girls to schools and prefer sending boys.

In many developing economies, the nearest school would be 4 or 5 hour long walk away. While, girls are prone to violence and abuse in this long journey, so in an effort to keep the children out of harm’s way, parents keep them at home.

Once enrolled in schools, girls become vulnerable to violence from teachers, and other people working within the environment. If parents find out about such violence, they remove their names from the schools.

In many countries, girls are often tasked to fetch water, take care of their siblings and assist their mothers in cooking and household. Because of this, girls are unable to attend schools as their contribution in the household are valued more than education.

In many developing economies, children health is a major concern, especially when are living in acute poverty. If they are deprived from adequate food and clean water, they are vulnerable to many diseases, severely compromising their health and preventing them to go school.

When girls are forced to marry at a tender age, they are pulled out from schools, severely compromising education and learning abilities. The transition from primary education to secondary is crucial for the social development and a key asset in assisting girls to break the chains of poverty. This is particularly the time when girls leave school due to early marriage and pregnancy. Girls in early pregnancy are often discouraged to attend schools.

Pakistan stands second, in the list of highest number of children dropping out of school. With, over 3 million of girls, the enrolment rates continue to fall every year. Compared to other lower income countries, Pakistan stand lowest in the enrolment rate. Only 54% of women are enrolled in schools, whereas, only 30% continue their secondary education. The worst hit are the rural populations, with 50% making only through the primary education. Girls have a significant higher rate of dropping out early than boys, mainly because of poverty. Although gender discrimination continues to exist in Pakistan, the World Bank reports a ratio of 79 girls to 100 boys both in primary and secondary levels. About 5% of the children continues Madrassas, Muslim religious teaching schools. Many Islamic countries have extended the role of Madrassas to the secondary education levels, reinforcing the traditional concept of schools. This has been received by acute criticism throughout the globe, since it would not only prevent girls from entering, but also destroy the principal existence of schools. Beside improving the stature of education, re-establishing traditional education systems would uproot formal education mechanisms which could bring disastrous consequences. Moreover, there is steep fall in the investment on education, making it to just 2.3% of gross national product.

Poverty is an obvious adverse factor for girls’ schooling. When large families can only afford school for some of their children, daughters often lose out to sons. Other factors hindering girls’ education identified by researchers from the Pakistani Population Council include: access and long distances to school (with dangers of sexual violence), cultural constraints, early marriage and/or pregnancy, and lack of water and sanitation in schools.

Effects of Taliban on education

During their brief occupation of Swat Valley, Taliban destroyed more than 400 schools. Most the destroyed were girl schools. They expressed severe discontent in formal education for women and argued that the girls should stay at home. The resolution passed by the European Union in 2012 stated, “violent extremism destroying the lives of children by preventing them to receive education”. Since the government regained these territories, it continued to rebuilt the schools, but failed to address gender disparity: out of 717 boys there were 425 girls. The need to improve quality of education is equally important; however, many Pakistani religious leaders have showed discontent towards the equal education of girls as boys and argued by stating “superior education for boys than girls”.

Today, education continuous to be an inaccessible right for girls. Out of 72 million children, more than 60% of the girls are out of the education system whereas 759 million women more than 46% have unable to improve their socio-economic status. Most of the girls living in Sub Sharan Africa continue to thrive in acute poverty, preventing them to attain formal education, while more than 40% of them in South East Asia have no formidable access to schools. Today, over 50% of the children unable to attend schools are girls. Many drop outs early, whereas those who do continue to the secondary education drop out because of poor quality of education, preventing them from employment opportunities. In Sub-Saharan Africa only 56% of the children are able to complete primary education, out of which 20% are girls.