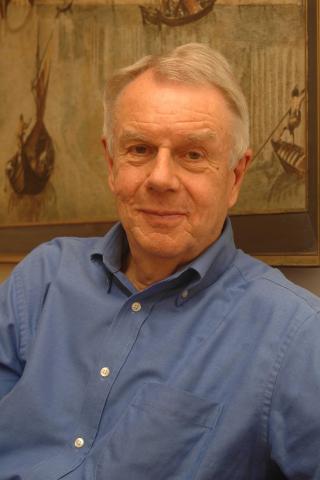 Tony Good was honoured with this coveted award as part of PRCI Chanakya Awards – 2012 during the ‘Global PR Conclave – 2012’ which took place at Hotel Trident in Mumbai today. He also delivered the special address during the inaugural session.

Speaking on the occasion, Mr. Good said, “I have seen the PR profession in India evolving into a strategic advisory practice over the years and it has been priceless to be a part of the transformation. Good Relations India now enters its silver jubilee year stronger and better led than it has ever been and is proud of the strategic role it is playing in its clients’ businesses”.

Tony Good is recognized to have raised the standards of professionalism in PR practice in the UK and India. He founded Good Relations, UK in the 1961, which went on to become the first PR business to be listed on the London Stock Exchange. He has made a significant contribution in elevating the standing of the industry as a must-have professional service akin to accounting and law practices.

Tony Good’s association with India began in 1970 when Grindlays Bank bought Cox & Kings Ltd and gave Good Relations the task of turning the world’s oldest travel company into a leading tour operator specializing in India. In 1971, he was appointed to board of Cox & Kings becoming Chairman in 1975 and was also a director of Grindlays Commercial Holdings Ltd during the period that Cox and Kings remained a wholly-owned subsidiary of the Bank. In 1980, Grindlays had to dispose all of its non-banking interests and he became the joint owner of Cox and Kings. He is now the Chairman both Indian and UK Cox & Kings companies and of Good Relations India. He launched his coveted PR Brand in India and formed the company on 11th January 1988.  His affection to India remains steadfast; he has just completed his 368th visit to the country.

Tony Good is a strategist and has vast experience of business, through being involved at a then unheard of level of seniority in some of the UK’s biggest takeovers in the 1970s and 1980s and directly as chairman and non-executive director of a host of companies. Lord Newby co-founder and director of Matrix Public Affairs, which installed Good on its board years ago, described his knowledge of business issues and businesspeople as encyclopedic.

The then Bell Pottinger group managing director, Piers Pottinger, who Tony Good hired 15 years ago as chief executive of Good Relations’ financial operation, described him as unstoppable, diligent, conscientious, incredibly meticulous and very straightforward. Tony is not afraid to tell clients bad news. He is not at all like his generation of PR man, which was the carnation in the buttonhole, have another G&T type. He broke the mould and has been instrumental in raising the status of PR to genuinely strategic level. A decade old opinion by Piers Pottinger holds its ground even today.

Anthony B M Good popularly known as Tony is a serial entrepreneur, career pluralist and inveterate investor in other people. He has a wealth of public market experience. He is one of the true giants of the industry and certainly one of its most enduring figures. His career spans over 50 years and includes some impressive milestones, such as creating the first ever publicly quoted PR agency group, Good Relations. Tony Good is currently majority stakeholder of Good Relations India while the minority stake is held by All About Brands Plc, a London based integrated communications Consultancy.

He has held positions in large and multinational companies, both in the UK and India. He has served in a variety of companies representing different industry segments, including Silver City Airways Ltd., Temple Press Limited (Journalism and Public Relations), Grindlay’s Commercial Holdings Ltd. (Banking and Finance) and Cox & Kings Limited (Tours and Travel).  He has also served as strategic advisor to the Board Members of Marks & Spencer’s, Sun life and Scottish & Newcastle amongst others.

Now in its silver jubilee year in the PR industry, Good Relations India is a pioneer of sorts when it comes to the Indian public relations scene. The coming in of the company brought in the concept of an independent PR agency in the Indian market. Good relations India has managed some of the significant PR mandates in the country right from market entry strategies to the Mergers and acquisitions and Crisis Management in addition to offering specialized strategic corporate communications consultancy to its clients across industry verticals.

Public Relations Council of India (PRCI) is a non-political and not-for-profit organisation of professionals in the field of public relations, communications, advertising, education and many other allied services, providing industry professionals an opportunity to serve their community by encouraging high ethical standards in their respective areas of work and will be the first forum to offer accreditation to professionals in the stream. PRCI also has a separate cell for social action to look at developmental and social issues. PRCI, the registered body of PR professionals which was born just about four years ago, is proud to have over 18 active chapters spread across India and installation of 10 more chapters are on the anvil, with plans to go international in the very near future.