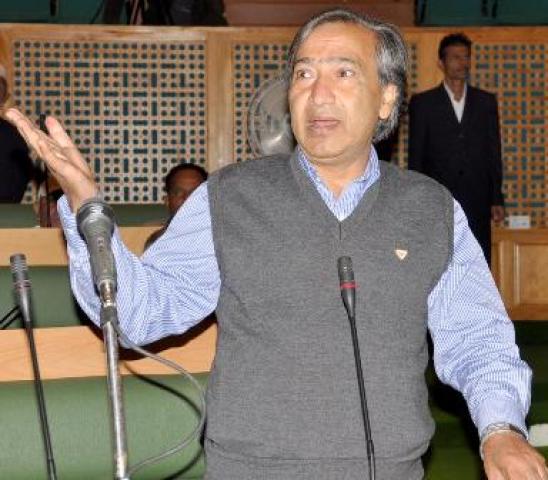 , March 23 (Scoop News) –    CPI (M) legislator M Y Tarigami today said that restoration of limited sovereignty to the State as envisaged under the instrument of Accession will serve as a bedrock for working out practicable solution to the long standing Kashmir issue and bring stability in south .

Participating in the discussion on the demands for grants of the departments under the charge of the Chief Minister in Assembly today, he said and have to become stakeholders in the resolution of the problem. “Unless that happens the dream of peace will continue to elude”, he said adding that the State is sandwiched presently between the two countries suffering due to their competitive claims.

Calling for avoiding excessive use of force while tackling agitations, the legislator said “we must draw lessons from the last year’s unrest which halted economic and development activities in the State and jolted the State economy. How shall we ensure that type of situation doesn’t recur this year needs to be given serious consideration”, he said while cautioning against use of stern administrative and police measures.

The legislator observed that killings must stop and cycle of violence cease, stating that the nature of problem is essentially political. He said indiscriminate use of PSA must end forthwith. He also stressed on making public the findings of the Commission of Inquiry instituted by the government in the wake of civilian deaths last year to restore public confidence.

Using stick and committing excesses won’t bring peace; he said adding the officials whether a Tehsildar, teacher or any other official has also to contribute in the stability of the State by way of delivering his duties to the best satisfaction of public. He called for withdrawal of Disturbed Areas Act from relatively safer areas like and , stating the same was one of the 8- point package announced by the Centre last year.

Tarigami called for providing ration money to the police personnel at par with security forces and rehabilitation of surrendered militants. He said character certificates must also be given to surrendered militants to render them eligible for government service. He urged the Chief Minister to honor his own assurance of issuing passports to the kin of militants to facilitate their Haj pilgrimage and foreign business trips.

The legislator demanded constitution of Vigilance Commission and appointment of Chairman Accountability Commission to effectively take on corruption menace. He also stressed on making functioning of the State PSC more transparent and rationalization of 50 marks kept for interview.