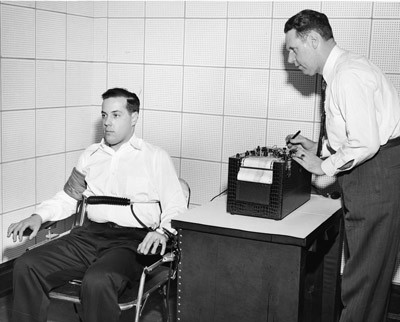 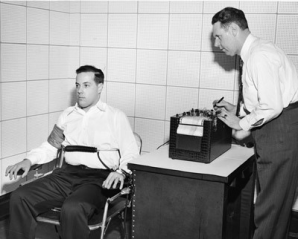 “A person can trick the tester on “probable-lie” questions”, says Tice.

Russell Tice, the National Security Agency whistleblower gives practical advice on how to beat a lie detector in a recent article published online.

“A person can trick the tester on “probable-lie” questions. During a polygraph‘s pre-test interview, the tester usually asks a person to answer questions they are likely to lie about. These include questions like: ‘Have you ever stolen money?,’ ‘Have you ever lied to your parents?,’ or ‘Have you ever cheated on a test?’. Most people have done these at least once, but lie about it. So the tester uses a person’s response to a likely lie as a way to establish how a person physically reacts while lying”, he said.

“Tice says to trick the tester, a person should lie in response to these questions like most other people would, but also bite their tongue hard while doing so, which will set off other physiological reactions in the body. The tester’s “needles will fly everywhere,” says Tice, “and he will think, ‘This guy is a nervous nelly. He has a strong physical reaction when he’s lying”, he added.

“And you’re skewing the test,” he says.

Daydreaming in another method, Tice suggests.

“Think of a warm summer night… or drinking a beer, whatever calms you. You’re throwing them off,” he says.

“The needle might nip a little [because you’re lying], but not off the charts.” And since the person has already convinced the tester that they have off-the-charts physiological reactions while lying”, Tice says, “a small reaction likely won’t tip the tester off”, he added.

See also video: George Maschke on How to Beat a Polygraph Test http://www.youtube.com/watch?v=pqjMhNGyDyQ