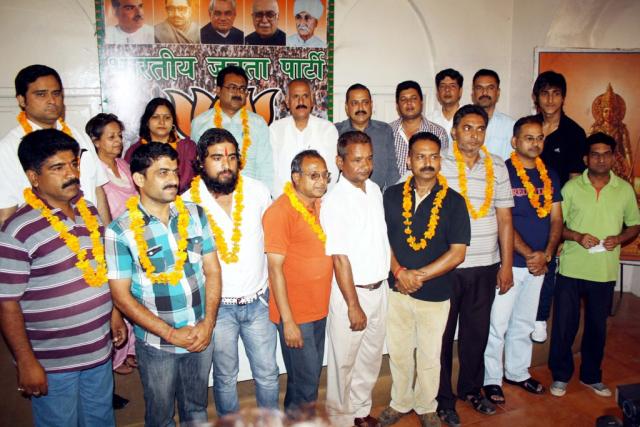 Welcoming Naresh Dogra and others, Shamsher Singh Manhas said that it is indeed a day of historic significance when the grand son of Pt. Prem Nath Dogra has voluntarily declared to join and work for an organization which his grandfather founder and nourished till his last breathe. Joining of Naresh Dogra at this juncture carry more significance in view of the prevailing situation in the state which reminds of the 1953 agitation led by Pt. Prem Nath Dogra under the banner of Praja Parishad, which later merged into Bharatiya Jan Sangh, Manhas said.  He said that the party will gain strength from this development and motivate the others nationalist minded people to come forward  and strengthen BJP in order  to give a befitting reply to the anti-national and separatist forces.

Naresh Dogra, while giving reasons for joining the BJP only, said that this party has proved its credential by consistently and faithfully working for the aims and principles for which my grand father Pt. Prem Nath Dogra worked tirelessy throughout his life and I feel pride to join my own family. He assured the party leadership to work whole-heartedly to further strengthen the party.