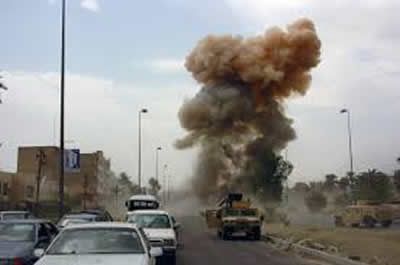 As horrific were the Paris and California terrorist attacks by Islamic extremists, they were unfortunately inevitable. Another unfortunate matter is the fact that these atrocities have once again reignited the controversial debate of linking all Muslims to such barbaric acts. Quickly forgotten is the fact that Iran has been the leading state sponsor of international terrorism for nearly four decades. As a result, people also tend to forget the very values we cherish as a free society.

At a time when we need to respond to this serious challenge, U.S. President Barack Obama continues to fail in stepping up to the plate. By resorting to vague terms about not condemning all Muslims, he is sidestepping the fact that what is needed now is not hatred, but leadership. Humanity has always relied on its very best values to keep evolution heading forward, and it will do just that again in our lifetime to annihilate the terrorism that is targeting our very way of life. All eyes should be focused on Iran, as the U.S. State Department continues to designate this regime as the world’s leading state sponsor of terrorism.

Failure and hatred both play into the hands of Islamic fundamentalism and extremism, as these very entities are hoping that the West will launch a Crusade-like campaign against Islam in the Middle East. Instead, if we rely on unity being our best asset, the West should rally behind the new formed Saudi Arabia-led Islamic coalition of 35 countries in the Middle East and beyond to tackle terrorism in all its shapes and forms. As Iran, Iraq and Syria are excluded from this new and potentially very powerful alliance, it is quite obvious that the main target of this coalition is none other than the terrorism funded, trained, armed and inspired by the Iranian regime and its fanatic ideology of Islamic extremism.

Mankind from all corners of the globe must now join hands to take on the danger of terrorism with a very serious determination, while also preserving our precious values that have come at enormously expensive prices.

We are all citizens of the world and as confident as we are we should never allow a regime the likes of the mullahs in Iran to threaten us. Relying on our spirit of unity and depending on our values, we will be more than capable of overcoming any and all evil.

After overcoming the evils of Nazism sixty years ago we have to rise to the occasion again to tackle Islamic fundamentalism that represents a similar yet more cunning and devious threat in the 21st century. We can, but what is hurting these efforts is the weak policy adopted by the Obama administration vis-à-vis Syria, and thus Iran. Needed now is an initiative to oust the Iran-backed dictator Bashar Assad in Syria where ISIS has thrived and inspired the massacre in California. Afterwards, once and for all eyes should focus on the epicenter of Islamic fundamentalism, terrorism and extremism, being in Iran.

While some conveniently claim that all Muslims should be punished for the horrific atrocities of a few, it should be noted that at a first glance this is the easiest way out of a complicated problem. Islamic fundamentalism and extremism, and the resulting terrorism, can only be defeated through a divine and united effort allying the West and the Middle East powers. This will combine the necessary military might and the very vitally ideological element found on the ground in the nations of the region that is now haunted by Iranian sponsored terrorism.

The most recent offspring of this radical ideology brewed by Iran for over four decades is seen in the rise of ISIS, and it is utterly important to address the very roots of such a menace. Any alliance seeking to destroy ISIS must first deliver a decisive blow to the rule of Bashar Assad in Syria to deprive ISIS terrorist of the very territory they are thriving in. This will be the first step of targeting the true source of all terrorism, being the regime in Tehran. Doing so will prove the international community’s true will to stand for the very precious values of humanity, and to not allow for any repeat of the atrocities we have been witnessing inspired by the fundamentalism and extremism represented by the regime in Iran.