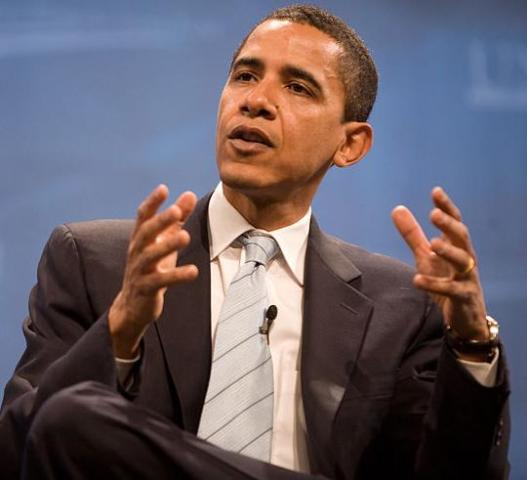 President Barack Obama promised on Monday to establish a review board to oversee the government’s $700 billion rescue package aimed at averting a financial meltdown, declaring that some of the nation’s banks would have to write down bad debts, while other banks may fail.

The president said he was taking full responsibility for rescuing the U.S. economy, in its worst downturn in 80 years.

"If I don’t have this done in three years then there’s gonna be a one-term proposition," Obama said, already looking ahead to the 2012 presidential election.

Administration officials, the Federal Reserve and top banking officials are working on proposals for how the government will use the last $350 billion from the $700 billion rescue program that has come under heavy congressional and public criticism. The massive infusion of taxpayer money has largely failed to thaw the nation’s credit markets, while some financial institutions used the money to pay dividends, buy other banks and pay out big year-end bonuses to employees.

"It is likely that the banks have not fully acknowledged all the losses that they’re going to experience. They’re going to have to write down those losses. And some banks won’t make it," Obama said in an interview taped Sunday and aired Monday on NBC’s "Today" show.

While keeping up a drumbeat of dire predictions in the short term, Obama assured Americans that their bank accounts were not in danger.

"All deposits are gonna be safe for ordinary people. But we’re gonna have to wring out some of these bad assets," he said.

The president demurred when asked if he planned to set up a so-called "bad bank" under which the federal government would take on the bad debts and investments of financial institutions. He suggested, however, that something like that was in the works, and that taxpayers would become owners of stock in those banks and investment houses.

"Over time, as the market confidence is restored, then what we can do is start getting rid of these assets, some of the stocks that taxpayers now have in some of these companies start being worth more," he said.

Later Monday, Obama and Vice President Joe Biden will meet with congressional leaders at the White House to again press Congress to move swiftly on his $800 billion-plus economic stimulus package.