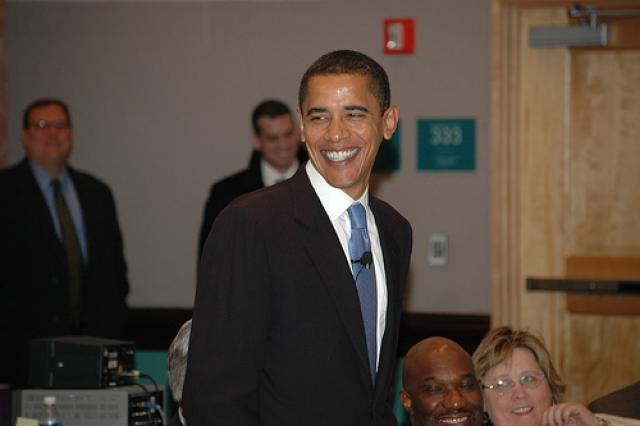 At approximately 11:45 PDT, President-Elect Barack Obama held his first press conference, flanked by his newly appointed Chief of Staff and his Economic Advisory Board, with whom he had just had a 2 hour meeting.

The main points of Mr. Obama’s statement were:

During questions, Mr. Obama expressed his feeling that a new President can do an enormous amount to restore confidence in the markets and in the economy.  He expressed certainty that a stimulus package would be passed, either in the Lame Duck session of Congress or immediately after he takes office.

In regard to Cabinet appointments, the President-Elect expressed his understanding that everyone is anxious to hear who will fill those posts, but wants to proceed with “deliberate haste,” as he did in considering his choice of Senator Biden as his running mate.

Mr. Obama told reporters that he has been in touch with all of the living former Presidents and has been re-reading the writings of Abraham Lincoln, a particular inspiration to him.

On a lighter note, Mr. Obama asked after the health of Lynn Sweet, a reporter from the Chicago Sun-Times, who was seen in a sling, due to having fallen at the Grant Park acceptance speech event.  He also answered questions about the selection of the new White House dog and the considerations both of Malia’s allergies and their preference for a rescue dog.