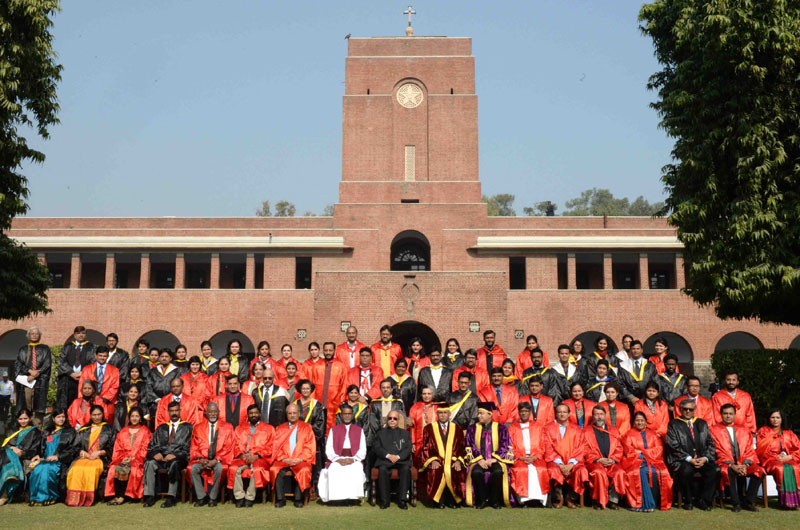 The President, Mr. Pranab Mukherjee at the Founder’s Day celebration of the St. Stephen’s College, in New Delhi on December 07, 2016.

‘Contribute Towards Solving The Problems Of The People Of The Country’

Speaking on the occasion, the President said that he was happy to be part of the Founder’s Day celebrations of St. Stephen’s College which has a glorious history of 135 years. He stated that at every educational congregation he has emphasized the fact that Indian institutions should take the ranking process seriously in order to find place in the top ranks in reports by international rating agencies. This is because we have excellent faculty members as well as brilliant students and do not lack in merit. He was happy to note that the two institutions have already figured in the top 200 and he hoped that many more would follow soon. He said that if we have the mission and commitment to do so we will be successful.

The President emphasized that it was important to create an atmosphere of research and innovation as well as a spirit of questioning in our educational institutions. He said that many educational institutions of higher learning have set up Innovation Clubs. Also every year a Festival of Innovations is held in Rashtrapati Bhavan to encourage grass root innovations which could solve problems of day to day life. He said that in the coming years we would have a large young population. Only if we provide our youth with the necessary skills, education and training, we can ensure that the world job market will be available to them. Otherwise, the demographic dividend would turn into a liability.

He also said that the country should have growth along with increasing opportunities for employment. We also have to solve the problem of energy deficiency without disturbing the environment. He urged the students of the College that through whatever position they occupy in society in future, they should contribute towards solving the problems of the people of the country.

Among the dignitaries present on the occasion were Lt. Governor of Delhi, Mr. Najeeb Jung.