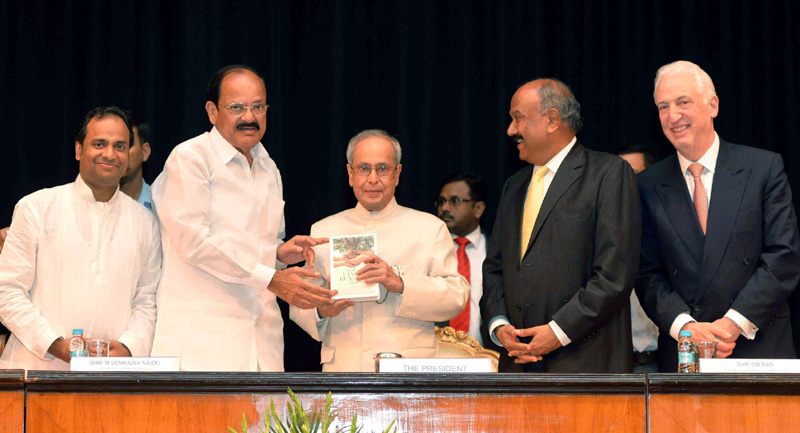 Speaking on the occasion, the President congratulated the authors – Mr. Peter Leach and Mr. Tatwamasi Dixit for their book “Indian Family Business Mantras” and appreciated their sincere attempt to educate and empower the community at large on how Indian family businesses function.

The President said in the book ‘Indian Family Business Mantras’ the authors have explicitly detailed the nuances in the life cycle of a family business. The real life examples given in the book, offers meaningful insights into business families on managing themselves effectively, dealing with conflicts and challenges as a family and the strategic value of staying together as a member of the business family. It weaves the Indian philosophy with the western context to bring out a whole new dimension to managing the family business.