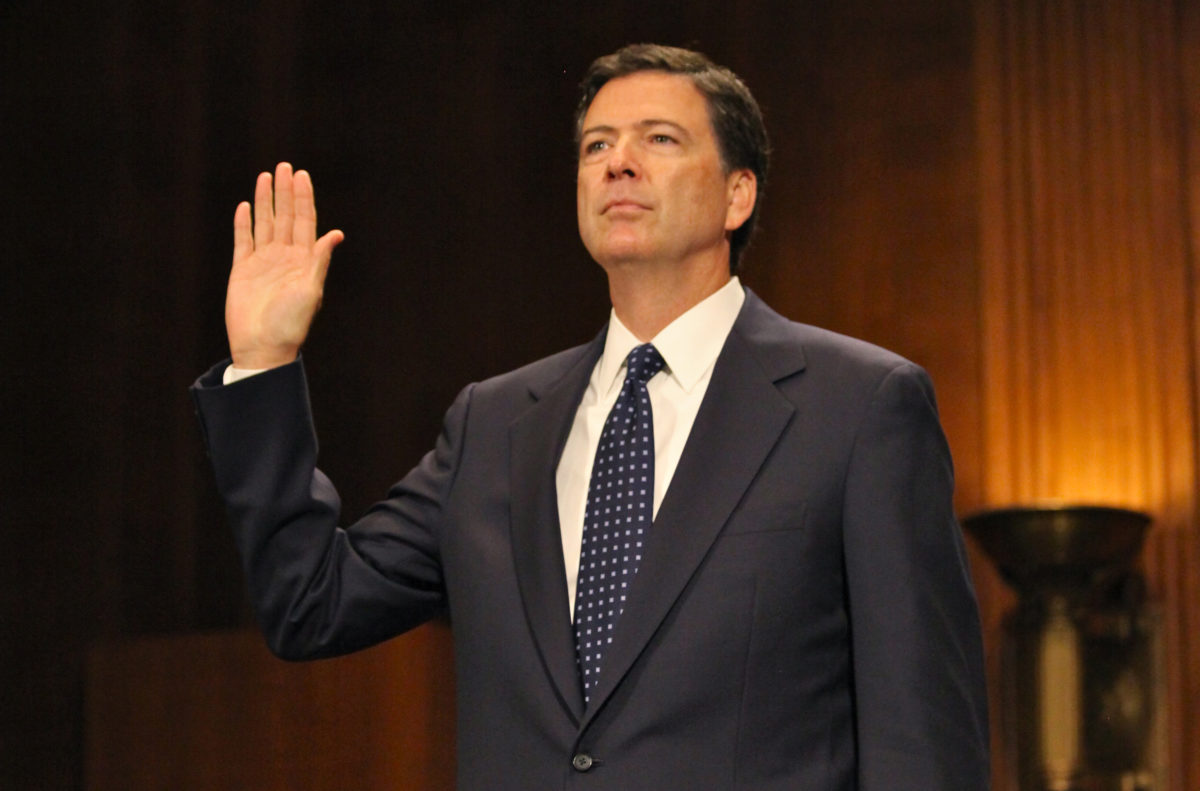 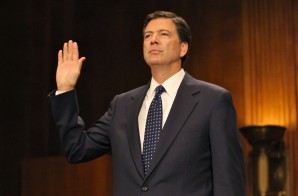 New G-Man in charge of the FBI. His name is James Comey Jr. Pictured here: Comey takes the oath at his confirmation hearing before the Senate Judiciary Committee on July 9, 2013.

During a scheduled press briefing on October 28, 2013 President Barack Obama welcomed James Comey to head the Federal Bureau of Investigations (FBI) as its new Director.
During his remarks the President noted the adverse impact on the FBI as a result of sequestration. In this context sequestration refers to automatic spending cuts to the U.S. federal budget beginning in 2013, which has also hit the bureau very hard as well.
What follows is the comments of President Obama as it relates to this issue:
“The FBI joins forces with our intelligence, our military, and homeland security professionals to break up all manner of threats — from taking down drug rings to stopping those who prey on children, to breaking up Al Qaeda cells to disrupting their activities, thwarting their plots.  And your mission keeps expanding because the nature of the threats are always changing.”
“Unfortunately, the resources allotted to that mission has been reduced by sequestration.  I’ll keep fighting for those resources because our country asks and expects a lot from you, and we should make sure you’ve got the resources you need to do the job”, Obama said.
Especially when many of your colleagues put their lives on the line on a daily basis, all to serve and protect our fellow citizens — the least we can do is make sure you’ve got the resources for it and that your operations are not disrupted because of politics in this town”, said President Obama (source: White House  President’s prepared remarks –  October 28, 2013  http://www.whitehouse.gov/the-press-office/2013/10/28/remarks-president-and-fbi-director-james-comey).
Filed under: News, Politics
Share Tweet Pin G Plus Email
previous article: “Pakistan has become the Benedict Arnold of America”, says Rep. Ted Poe
next article: 10 girl students hospitalized for food poisoning in Srinagar