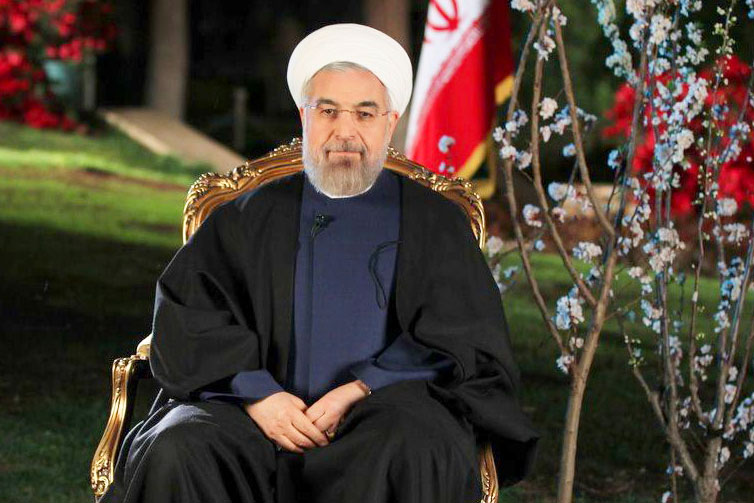 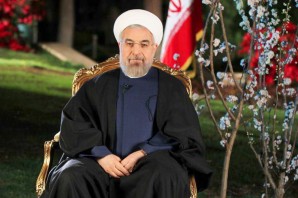 “The President has also failed to include in the negotiations Tehran’s ballistic missile program, its support for terror worldwide, and its abysmal human rights record. The Supreme Leader right now is calling to arm Gaza and the West Bank to fight against Israel, and it calls for the democratic Jewish state to be eliminated”, says Congresswoman Ros-Lehtinen. Pictured here: President Hassan Rouhani.

On November 13, 2014 Congresswoman  ROS-LEHTINEN  was granted permission to addresss the United States House of Representatives regarding Iran:

“Mr. Speaker, we are now just 11 days away from the November 24 deadline for the Iran nuclear negotiations.

President Obama and the P5+1 have fallen for Rouhani’s stall tactics, despite having every reason to suspect that Iran was never serious about a deal, and that is precisely why it is imperative that Congress use the mechanisms at our disposal to prevent the administration from making any nuclear agreement with Iran that seeks to go against our national security interests.

The administration and the P5+1 started with a weak hand, and that has only gotten weaker. That is precisely why the Iranian regime feels emboldened to make proclamations that it will never agree to stop its enrichment and why it insists that it has a right to enrich and that it must be part of the final agreement.

In just the past few days, the IAEA, the U.N. agency that is tasked with monitoring Iran’s nuclear program and ensuring its compliance with the joint plan of action, has said that Iran refuses to answer questions about its nuclear program and that it is impeding its investigation into the possible military dimensions of the program. This is amazing.

A former IAEA chief inspector said recently that he believes that Iran lied about the number of advanced centrifuges that it possesses. Iran itself has confirmed that it has tested a new centrifuge that could speed up its enrichment process even further; yet the administration is so desperate to get us to a “yes” that it will overlook these very serious and dangerous transgressions.

The President has also failed to include in the negotiations Tehran’s ballistic missile program, its support for terror worldwide, and its abysmal human rights record. The Supreme Leader right now is calling to arm Gaza and the West Bank to fight against Israel, and it calls for the democratic Jewish state to be eliminated.

Had the administration come to Congress before it mistakenly entered into these discussions and asked us what we needed to see for an acceptable deal, we would have said keep the sanctions against the Iranian regime. Keep the sanctions, and threaten to even expand them.

We would have kept the only leverage we had against the regime until it agreed to abandon its enrichment and other illicit activities, but the President opted to not do that and, instead, mistakenly eased the sanctions, injecting money into the Iranian economy and giving away our leverage, and he still doesn’t look to us for any input.

Mr. Speaker, the administration’s idea of consultation is a one-way street. It comes to brief us and our staff on the Iran nuclear deal, but it isn’t interested in hearing our input and having that reflected in its approach to the negotiations with Iran.

Mr. Speaker, Congress must not allow this administration to continue to circumvent us and ignore our concerns about this weak negotiating position. We have been saying from day one that this approach was a mistake and that the joint plan of action was a signal that the administration has conceded on the enrichment aspect of the Iran nuclear program.

Iran has already emerged as the clear winner in this whole charade, and the P5+1 nations, especially the United States, look more foolish, more pathetic, and weaker than we did when the North Korean regime implemented the same tactics.

If the President continues to ignore our warnings on signing a nuclear deal that we believe goes against U.S. national security interests, then it is incumbent upon us in Congress to take firm action.

Simply put, we must take action and get serious about preventing Iran from obtaining a nuclear weapon, and that means ensuring that Iran cannot enrich any uranium at all and that it must dismantle its nuclear infrastructure.

We must start right now by sending an unambiguous message to the administration that we will not accept any deal that leaves Iran with even the slightest capability of producing a nuclear weapon.”