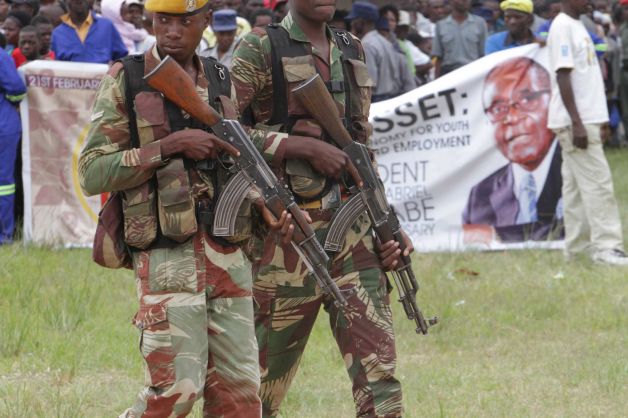 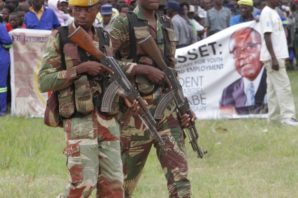 The following is a letter from President Barack Obama, dated February 28, 2014  extending the national emergency with respect to the Government of Zimbabwe, which poses an unusual and extraordinary threat to the foreign policy of the United States of America.

Section 202(d) of the National Emergencies Act (50 U.S.C. 1622(d)) provides for the automatic termination of a national emergency unless, within 90 days prior to the anniversary date of its declaration, the President publishes in the Federal Register and transmits to the Congress a notice stating that the emergency is to continue in effect beyond the anniversary date.

In accordance with this provision, I have sent to the Federal Register for publication the enclosed notice stating that the national emergency declared in Executive Order 13288 of March 6, 2003, with respect to the actions and policies of certain members of the Government of Zimbabwe and other persons to undermine Zimbabwe’s democratic processes or institutions is to continue in effect beyond March 6, 2014.

The threat constituted by the actions and policies of certain members of the Government of Zimbabwe and other persons to undermine Zimbabwe’s democratic processes or institutions has not been resolved. These actions and policies continue to pose an unusual and extraordinary threat to the foreign policy of the United States. For these reasons, I have determined that it is necessary to continue this national emergency and to maintain in force the sanctions to respond to this threat.

NOTE: There are widespread reports of systematic and escalating violations of human rights in Zimbabwe under the Mugabe administration and his party, ZANU-PF.

According to human rights organizations such as Amnesty International and Human Rights Watch the government of Zimbabwe violates the rights to shelter, food, freedom of movement and residence, freedom of assembly and the protection of the law.

There are numerous assaults on the media, the political opposition, civil society activists, and human rights defenders.

The Government of Zimbabwe also trains and sponsors a National Youth Service, known colloquially as the “Green Bombers.” The U.S. Department of State describes the Youth Service as a group of undisciplined youths used by the ruling government to suppress political dissent through overt acts of political violence.

They are responsible for many of acts of politically motivated violence and are frequently under the influence of government-issued narcotics.

In Zimbabwe the freedom of assembly is severely restricted by law. The legal framework is further stretched in practice, with law enforcement closely monitoring opposition demonstrations and public gatherings. There are many reports of the arrest and subsequent beating of demonstrators.