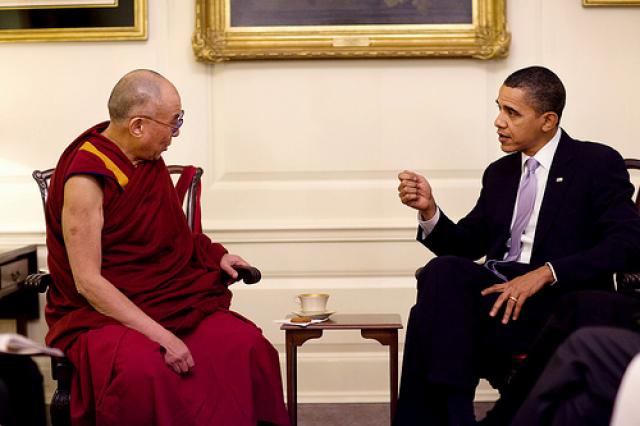 President Barack Obama met with His Holiness the Dalai Lama today.  The two spoke in the Map Room of the White House. According to FOX News, the two discussed "human values and promoting religious harmony." 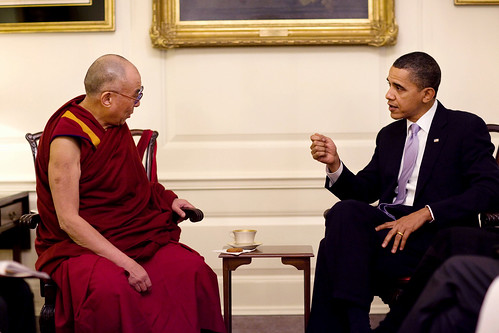 The Dalai Lama told press that he has admired the United States since he was a child, seeing the nation as champion for "democracy, freedom and human value."

China demanded last week that President Obama cancel the meeting, even though Obama informed Chinese leadership of his plans during their last visit.