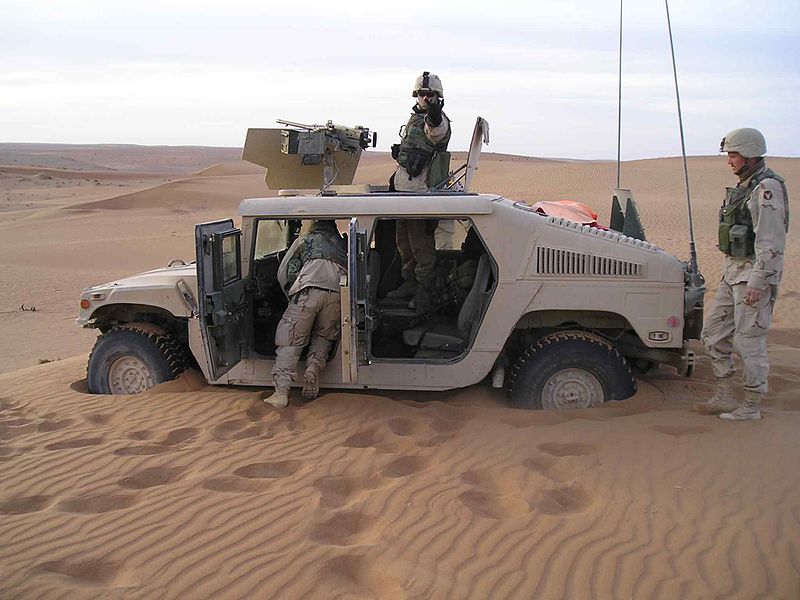 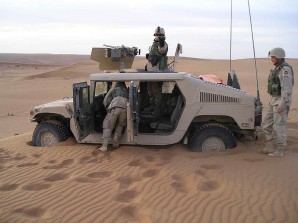 US troops hopelessly bogged down in the sand in Afghanistan.