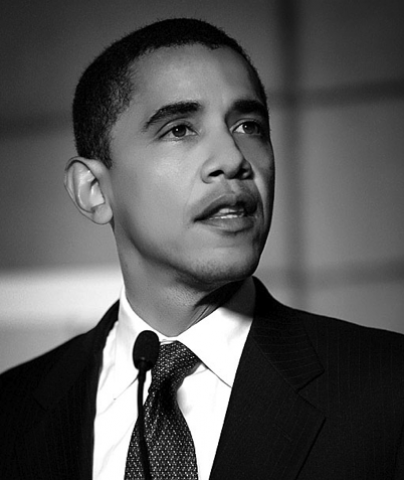 Memories of the six people killed dominated much of Obama’s speech. The president, for example, recalled how federal Judge John Roll was on his way from attending Mass when he stopped to say hello to Giffords and was gunned down; Dorothy Morris, shielded by her husband, but killed nonetheless; and Phyllis Schneck, a Republican who took a shine to Giffords, a Democrat, and wanted to know her better.

He spoke at length of 9-year-old Christina Taylor Green, the only girl on her Little League team, who often said she wanted to be the first woman to play in the major leagues. She had just been elected to the student council at her elementary school and had an emerging interest in public service.

Gabby opened her eyes today for the first time … I hope that soon she will be able to talk.
Obama was a calming presence in the aftermath of Saturday’s tragedy … he made America feel that there is still hope in America and that we must all try to become better people and take care of each other and treat everyone with kindness … in other words follow the words of "The Golden Rule" as Jesus taught us.
Filed under: Lifestyle, Politics
Share Tweet Pin G Plus Email
previous article: Ny judge to sentence geriatric gangster, 93
next article: Kashmir Land mafia grabs the land of Historical Shrine of Narran Nag : APMCC