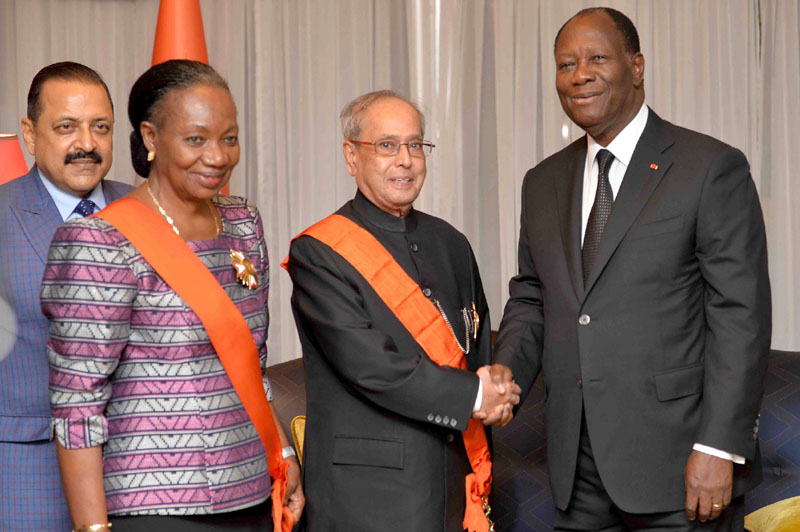 The President, Mr. Pranab Mukherjee being honoured with the National Order of the Cote d’Ivoire, the highest civilian award of the West African country, by the President of the Republic of Cote d’Ivoire, Mr. Alassane Ouattara, at the banquet hosted in his honour, at Presidential Palace, in Abidjan on June 14, 2016. The Minister of State for Development of North Eastern Region (I/C), Youth Affairs and Sports (I/C), Prime Minister?s Office, Personnel, Public Grievances & Pensions, Atomic Energy and Space, Dr. Jitendra Singh is also seen.

Speaking after the occasion, President Mukherjee said he was accepting it with humility on behalf of the one billion plus Indians.