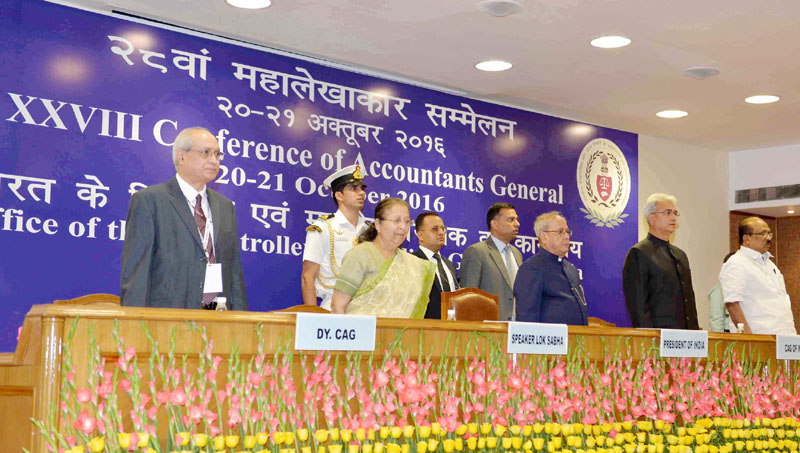 “It Is Important Not To Stop Questioning”

Speaking on the occasion, the President said that the founding fathers of our Constitution had envisaged a prominent role for public audit in our country’s governance and accountability framework. The institution of CAG is one of the oldest in the country with a history of more than one and a half centuries. He said that Albert Einstein had once observed, “It is important not to stop questioning”. And he was happy to be present in the precincts of an institution whose job is to question.

The President said that public expenditure has increased manifold and the scope and range of governmental activities have multiplied exponentially. At the time of independence, in 1946-47, the receipts of Government of India amounted only to Rs. 3,706 crore and its expenditure to Rs. 3,443 crore. Nearly seven decades later, in 2014-15, government receipts and expenditure had both increased to about Rs. 17 lakh crore. This unprecedented growth has obviously led to newer paradigms in public financial management. Concept of governance is rapidly changing and leveraging technology would enable the government to effectively reach out to the poorest of the poor. Increased use of technology platforms would help to ensure that benefits of Government schemes and programmes effectively reach the disadvantaged and financially excluded sections of society.