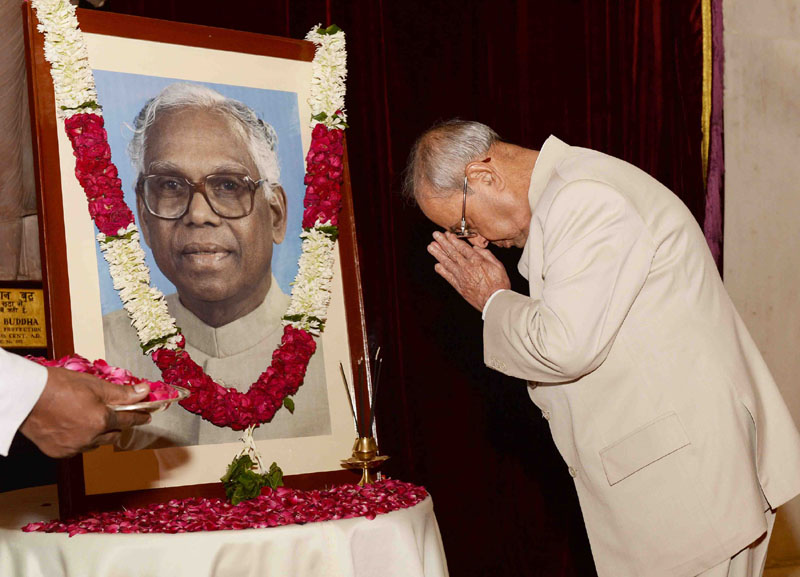 The President, Mr. Pranab Mukherjee paid tributes at the portrait of the former President of India, Shri. K.R. Narayanan, on the occasion of his birth anniversary, at Rashtrapati Bhavan, in New Delhi on October 27, 2016.

New Delhi (PIB-GR-TYP-BIN): The President of India, Mr. Pranab Mukherjee paid floral tributes to Shri K.R. Narayanan, former President of India on the occasion of his birth anniversary at Rashtrapati Bhavan on October 27.

The President, officers and staff paid floral tributes in front of a portrait of Mr. K.R. Narayanan in the Durbar Hall of Rashtrapati Bhavan.