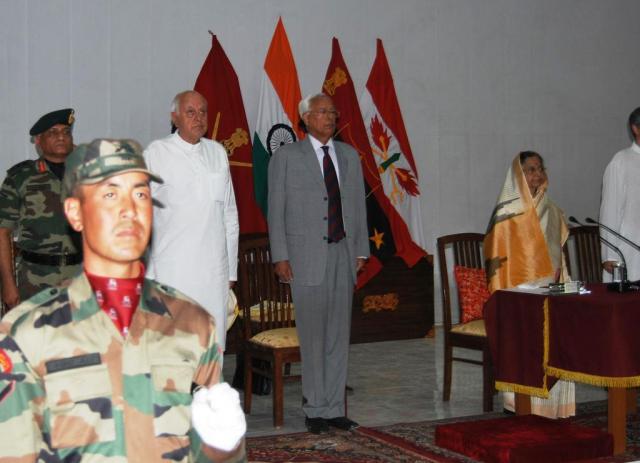 According to defence spokesperson the President of India, visited areas of Leh, which were ravaged by the recent cloudburst.  During her visit, she was briefed on the situation in Ladakh, the efforts of the Army in providing succor to the locals, through rescue and   relief operations and restoration of road connectivity along Zozila and Rohtang with the rest of the country.

She visited Choglamsar Relief Camp, interacted with affected families and distributed relief material to the people who had lost their homes and near and dear ones due to the devastation.

She addressed the brave soldiers of 14 Corps at Rinchen Auditorium in Leh Garrison.  She conveyed her appreciation to the troops for their dedication and commitment in guarding the motherland in most inhospitable terrain, and stressed the need for alertness at all levels.