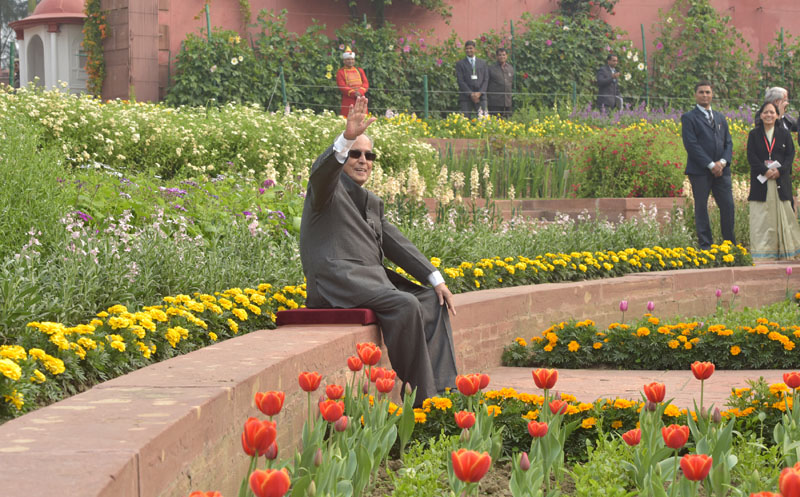 The President, Mr. Pranab Mukherjee opens the annual ‘Udyanotsav’ of the Mughal Gardens of Rashtrapati Bhavan, in New Delhi on February 04, 2017.

New Delhi (PIB-GR-TYP-BIN): The President of India, Mr. Pranab Mukherjee opened the annual ‘Udyanotsav’ of the Rashtrapati Bhavan on February 04.

The Mughal Gardens will remain open for general public from tomorrow to March 12, 2017 (except on Mondays which are maintenance days) between 0930 hrs to 1600 hrs. Members of the public will also be able to visit the Spiritual Garden, Herbal Garden, Bonsai Garden and Musical Garden. During this period, there will be no online booking for visiting the Gardens.

Entry and exit for the general public will be from Gate No. 35 of the President’s Estate, close to where North Avenue meets Rashtrapati Bhavan.

The Mughal Gardens will be open exclusively on March 10, 2017 to special category of visitors viz farmers, differently abled persons, defence/para-military forces and Delhi Police personnel from 0930 hrs. to 1600 hrs. Entry and exit will be through Gate No. 35.