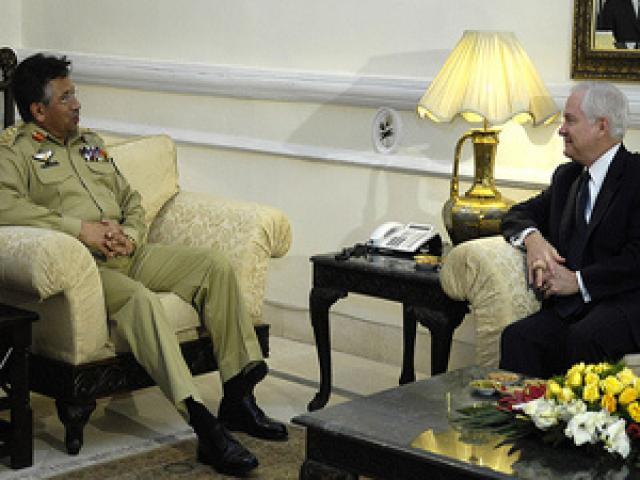 On Sunday, the 23 rd of March, 2008, Pakistan President hailed the emergence of ‘Democracy’ in Pakistan. During the function held in Islamabad Jinnah Auditorium, to commemorate the Pakistan Day, President Musharaf described the efflorescence of true democracy in Pakistan and the onset of a new era.

Mr.Musharaf also hoped that the new Pakistan Government will provide stability, facilitate the growth of Pakistan’s economy and will also continue to fight against terrorists.

Mr. Musharaf also pledged his full support to the new government, which he hoped would strive for maintaining peace and the socio-economic development of Pakistan.

Mr. Musharaf also took pride in his role for laying the foundation for the real democracy in Pakistan as well as its developmental programmes. He also hoped that the elected governments both at the centre and in the provinces will lead Pakistan towards a developmental path.

Mr.Musharaf emphasized the fact that Pakistan is not interested in waging any war with any country but it is concerened about its own defense strategy only and was also proud that Pakistan’s military is one of the best in the world.

President Musharaf’s transformation into a democrat in the modified context of Pakistan’s political scenario is a strategic and diplomatic ploy, thanks to the people of Pakistan who reaffirmed their faith in the democracy, through the recently held elections in Pakistan.