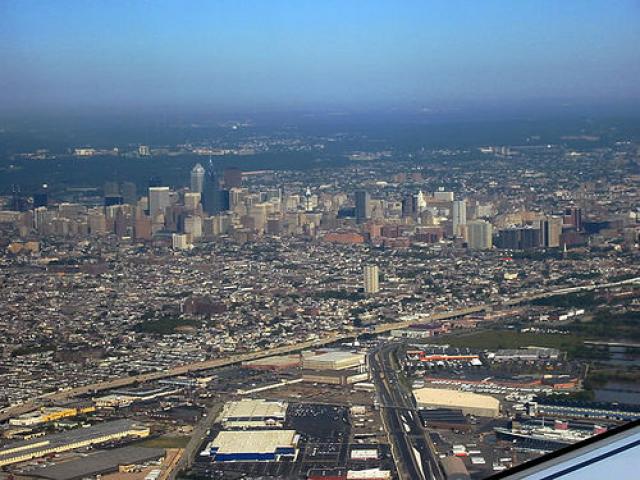 More than a thousand union members from around Pennsylvania have gathered in Philadelphia this week for the 38th annual Pennsylvania AFL-CIO Convention, where they heard from both Sens. Hillary Rodham Clinton (D-N.Y.) and Barack Obama (D-Ill.), the two contenders for the Democratic presidential nomination.

Focusing on this fall’s elections, workers are discussing the key issues in play and getting ready for the unprecedented mobilization of hundreds of thousands of union members across the state.

Clinton and Obama are trying to make their case to workers as the crucial April 22 Pennsylvania primary approaches. Union members have come out to vote in huge numbers this primary season, contributing to record-breaking turnout numbers.

Yesterday, union members heard from Clinton, who was introduced by AFSCME President Gerald McEntee. She praised the union movement, saying that “unions are America, unions built America.” Clinton also spoke about the challenges ahead and the opportunities for the next president to build a better country. She announced a plan to create an infrastructure fund and make investments in transportation and energy.

John McCain admits he doesn’t understand the economy—and unfortunately he’s proving it in this campaign. He looked at the housing crisis, and he blamed consumers. His plan for the economy is to extend George Bush’s tax cuts for billionaires and give a $100 billion additional corporate tax cut. The Bush-McCain philosophy could not be clearer—it’s the “ownership society,” which really means, “You’re on your own.”

Today, Obama spoke to the assembled union members after being introduced by Henry Nicholas, the president of the National Union of Hospital and Health Care Employees (NUHHCE). Obama also discussed the importance of electing a pro-worker president and the opportunities to turn around America.

Like George Bush, Sen. McCain is committed to more tax cuts for the rich, and more trade agreements that fail to protect American workers. His response to the housing crisis amounts to basically standing on the sidelines and watching millions of Americans face foreclosure. And some of his top advisors were lobbyists for the special interest when they went to work for his campaign, so it’s not hard to guess who they’ll be working for if they get into the White House.

Both Clinton and Obama have each won the endorsement of several AFL-CIO affiliated unions, and both have answered the AFL-CIO’s presidential questionnaire. John McCain has not answered the AFL-CIO questionnaire, but the McCain Revealed site provides a close examination of his record. The AFL-CIO has not endorsed a candidate but will spend the upcoming months mobilizing the largest union voter drive in history as part of the Working Families Vote 2008 campaign to help elect a worker-friendly Congress and president.