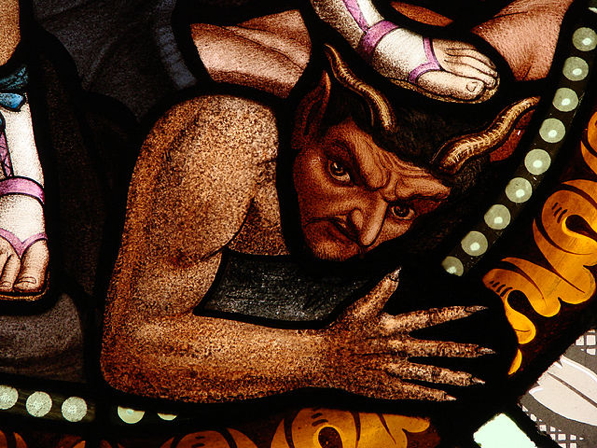 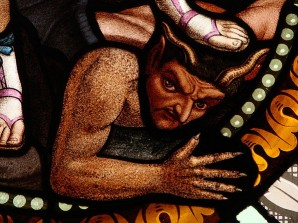 Father Michael Maginot  discussed recently his role in serving as an exorcist to help an Indiana family who appeared to be afflicted by ‘demonic possession.” In an exclusive report , with a credible Catholic news source he recounted details of his experience in that case:

“How did you get involved (in all this)?

I received a phone call one Friday morning, April 20, 2012, during a Bible study in my living room. It was the chaplain from Methodist Hospital. “We need an exorcism. Can you get down here right away?” he asked me. “People ran out of a room after they saw a boy walking backwards up a wall. They called me, and I’m calling you.”

Did anything strange happen when you were there?

Yes, around 8:30pm. It was then that LaToya told me that things got much worse, right after her ex-boyfriend came by the house in March. He said he wanted to give something to the boys. He gave them both $5 to remind them to be good and said the girl did not need anything to be good.

I said I wanted to know more about the boyfriend, and that’s when a series of interruptions occurred. The bathroom light flickered. Every time I went to investigate, it stopped, but started again when I walked away. “Well, I guess it’s scared of me,” I said. Then it started flickering again, as if in defiance.

I ignored it and said, “Let’s get back to the boyfriend.” That’s when the Venetian blinds in the kitchen started to sway back and forth. The strings for pulling them up were perfectly still; just the blinds swayed. The swaying kept the same speed, then the swaying went from window to window, room to room.”

What is remarkable in this case is the priests accounts of the boy walking backwards up the wall – which completely defies the normal laws of gravity. Such cases are not unheard of and I have referenced over 30 cases of people suspected of being possessed who stuck to walls and crawled upside down on ceilings.

Father Maginot could not be contacted for details and the  Archdiocese office in Indiana refused comment.

Filed under: News, US
Share Tweet Pin G Plus Email
previous article: “I know that every single encounter, every challenge, and every situation are all spectacular threads in the tapestry that represents and defines my life”, says Dr. Wayne Dyer
next article: Syrian Army continues to pound terrorist positions in Aleppo