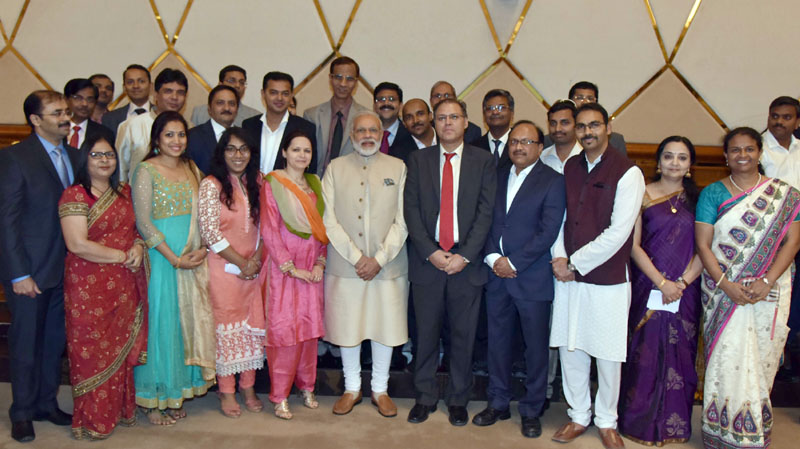 Doha (PIB-GR-TYP-BIN): The Prime Minister, Mr. Narendra Modi, addressed and interacted with the Indian Community in Doha, shortly before leaving for Geneva on June 5.

Addressing an enthusiastic gathering, he told the Indian community in Qatar that they are never disconnected from India. He said India’s image has been enhanced globally, and there is tremendous enthusiasm towards India across the world. He added that this change is due to the 125 crore people of India.

Global agencies are in agreement that India is today the world’s fastest growing major economy, the Prime Minister said, adding that 7.9 per cent GDP growth has been achieved in the last quarter, despite the global slowdown.

The Prime Minister said corruption has troubled India for long, and his Government is determined to eliminate it.

He said that his Qatar visit witnessed fruitful and comprehensive deliberations that will usher in a new era of strong friendship between the two nations. He expressed gratitude to the people and Government of Qatar for their exceptional warmth and hospitality during this visit.