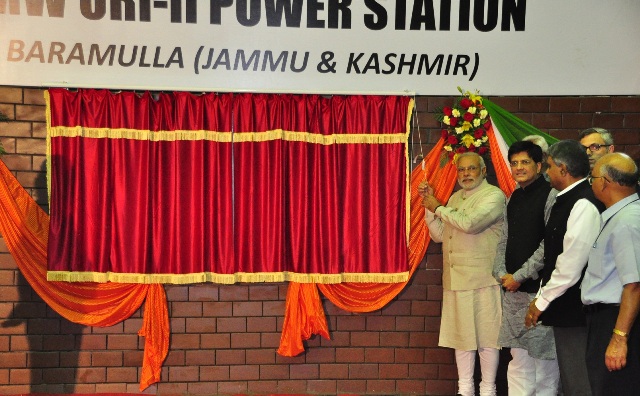 Uri (Baramulla), July 04, (Scoop News)-Prime Minister Narendra Modi today inaugurated 240 MW Uri-II Hydro Electric Project here. Addressing a gathering on the occasion, the Prime Minister said the government has laid stress on environment-friendly energy of which hydro power is an important constituent. He said J&K has a potential of production of 13-14 thousand MW clean and environment-friendly energy for which he said all the efforts would be channelized.

Filed under: Energy, News
Share Tweet Pin G Plus Email
previous article: Shunted by voters, Omar resorting to lies, blaming others for own sins: Mehbooba
next article: PM commends Army for their selfless service to the cause of National Security