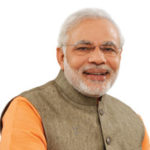 New Delhi (PIB-GR-TYP-BIN): Prime Minister Mr. Narendra Modi summoned the Police Commissioner of Delhi Mr. BS Bassi, and expressed his deep concern and anguish over the rising crime rate in the Capital. The Prime Minister asked the Police Commissioner to speedily investigate the recent incidents of vandalism and ensure that the guilty are brought to book.