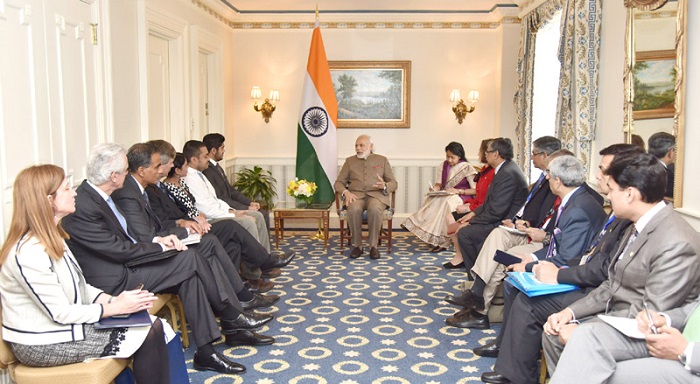 Washington DC (PIB-GR-TYP-BIN): The Prime Minister, Mr. Narendra Modi met a team of scientists from the Laser Interferometer Gravitational Wave Observatory in Washington DC on March 31. The team, which was led by the Director of the National Science Foundation Dr. France Cordova, included three young Indian scientists who have worked on the LIGO project.

The Prime Minister’s meeting with the LIGO scientists in Washington DC, comes just two days after he met scientists from the Institute of Plasma Research in New Delhi, who are also working on the LIGO project.

The Prime Minister also witnessed the exchange of an MoU on the establishment of Laser Interferometer Gravitational Wave Observatory (LIGO) in India. The agreement was signed earlier in the day by Dr. France Cordova, Director, US National Science Foundation, and Dr. Sekhar Basu, Secretary, Department of Atomic Energy, India.