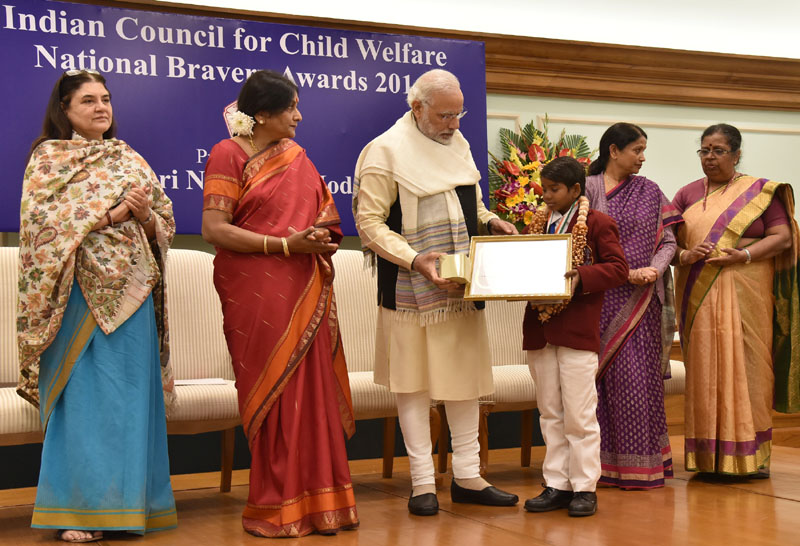 ‘This Award Should Only Mark The Beginning’

Interacting with the awardees, the Prime Minister said their deeds of bravery show their decisiveness as much as their courage. He encouraged the children to ensure that this award does not become the end of their life’s purpose, and added that this award should only mark the beginning for them.

Reminding the children about the significance of the day – 23rd January, Netaji Subhas Chandra Bose’s birth anniversary – the Prime Minister urged the children to read as much as possible, and especially read biographies of leaders, sportspersons and other people who have done great deeds in their lives.

He said that bravery is a state of mind; a healthy body helps, but the prime moving force is the mind. Therefore, he added, we need to make the mind strong. He urged the children to ensure that the adulation and fame that they are getting, should not become an obstacle to their future progress.

The Minister for Women and Child Development, Mrs. Maneka Gandhi, was present on the occasion.

The National Bravery Award Scheme was initiated by the ICCW – Indian Council for Child Welfare – to give due recognition to the children who distinguish themselves by performing outstanding deeds of bravery and meritorious service and to inspire other children to emulate their examples.