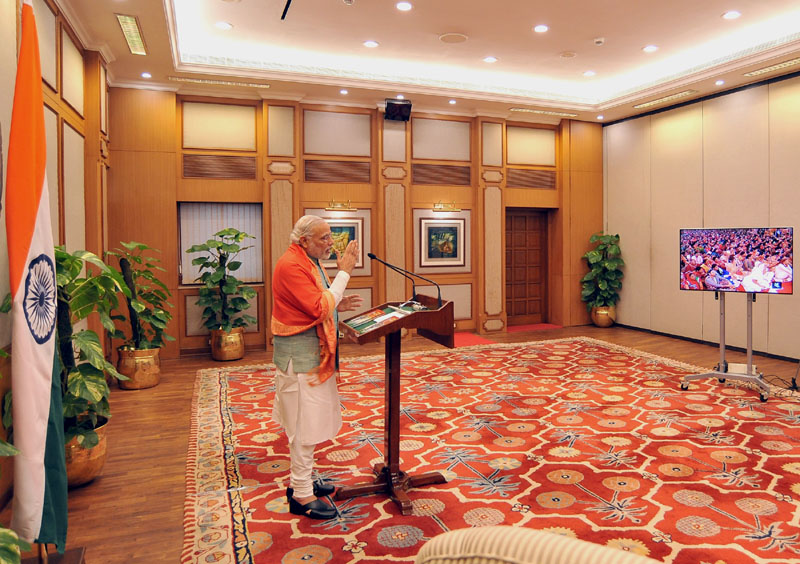 Addressing the book release function organized by Sahitya Satkar Samiti of Ratnatrayee Trust held in Mumbai, the Prime Minister lauded the works of Acharya Ratnasundersuriswarji Maharaj and said 300 books is not a small thing. Several aspects of life have found their reflection in the works of Maharaj Saheb.

The Prime Minister said, these books resonate his “Divya Vani” which reflects the urge to give back to the society. He said that Rashtra Dharma is above every Dharma (religion). The Prime Minister lauded the role of saints and said it is our heritage that India has given many Saints and Munis who have led the society towards Nation building. He urged the people to strive for poverty alleviation, clean India and to harness the energy of millions of youth towards a strong nation on the move.

The Prime Minister emphasized that India has never talked about communalism but always preached spirituality for the benefit of mankind. He said, “We believe that every problem can be solved through Spirituality”.

Acharya Ratnasundersuriswarji Maharaj thanked the Prime Minister for addressing through video conference from New Delhi and said that “Families have values and the countries have culture”.