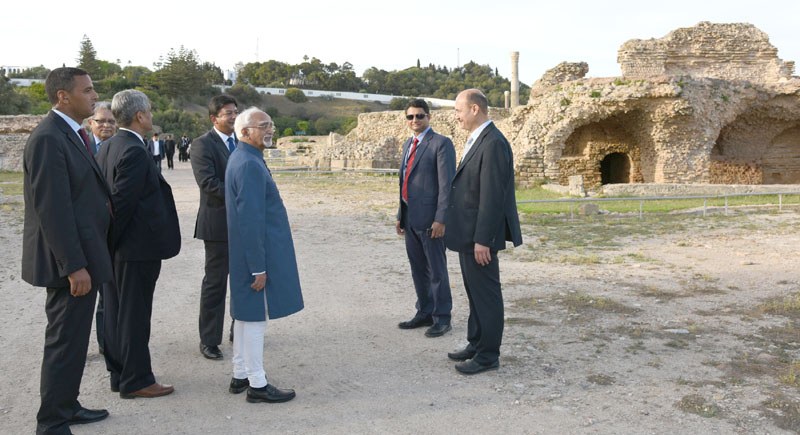 Releases the book ‘The Education President’

New Delhi (PIB-GR-TYP-BIN): The Vice President, Mr. M. Hamid Ansari has said that the private providers in higher education have largely grown in a policy vacuum. He was addressing after releasing and presenting to the President of India, Mr. Pranab Mukherjee, the first copy of book titled ‘The Education President’, compiled and brought out by International Institute for Higher Education Research and Capacity Building of the O.P. Jindal Global University, on June 8.

The Vice President said that since independence, our higher education sector has witnessed tremendous growth and that a feature of this expansion, especially in the last 25 years, has been the increasing participation of the private sector in higher education. Referring to various surveys, he however said, that educational scene in our country today – primary, secondary and university or professional – present a dismal picture as it suffers from the tyranny of numbers, the folly of seeking quick fixes, and indifference to quality.

The Vice President said that Rashtrapati ji himself, who has taken great interest in matters relating to higher education, had occasion earlier this year to express concern over this state of affairs. Correctives are piecemeal, inadequately implemented, and insufficiently funded, he added.

The Vice President also expressed concern over skewed sectoral and regional growth of private institutions, the lack of research orientation and the growing financial burden in the form of educational loans. He said that keeping in mind the egalitarian objectives of our polity, there is a need for an effective and transparent regulatory mechanism that can encourage private investment in improving the quality of state universities, starting skills development courses and capacity development of faculty. These regulations need to be strong to ensure that private universities are well governed and provide quality education, he added.