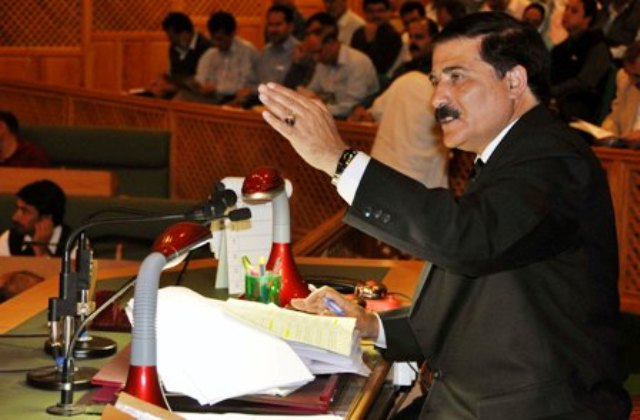 Srinagar, October 09(Scoop News)- The Speaker, Jammu and Kashmir Legislative Assembly Mubarak Gul today gave his ruling on the Privilege Motion moved by the National Conference on the revelations made by the former Chief of the Army Staff General V. K. Singh. He said the Motion is under his active consideration and appropriate action would be taken as per the Rules and Procedures of the House.

In the meanwhile, the Speaker said that General (Retd) V.K. Singh will be summoned for his comments and clarifications on his remarks. He said the option for summoning of a special Session of Assembly to discuss this sensitive issue is also open before him.

He apprised the House about the actions already initiated on the issue, adding that the Resolution unanimously passed by the House regarding the conduct of enquiry in the matter has also been sent to the Central Government. He further said that the Chief Minister, Omar Abdullah has also written a letter to the Prime Minister for holding an inquiry on the issue.
MORE AT http://scoopnews.in/det.aspx?q=32605