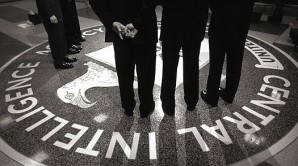 One of the major problems within the Central Intelligence Agency (CIA) is the fact that they are weak in terms of human collection, or spying. They always have been.

They have no major source inside Russia?

The CIA is good at making many excuses for this. And l have listened to hundreds of hours of Congressional testimony going back over a decade or more. One of the excuses they use a lot is because these are ” hard targets”, as opposed to what easy targets?

A hard target is one in which the typical American would stand out, especially in the Middle East or North Korea for example. Which is a flimsy excuse at best.

Likewise the CIA doesn’t insert spies into a target organization using a false identity for” long term” (deep cover) assignments – like the Russians do through its scout programs.

Their whole methodology is different. Russian spies recruited and specially trained into such programs  knowing theirs is a long term commitment of 20 or 30 years or more!

Usually beginning when that spy is very young, 17, 18 and fresh out of high school.

Such spies also start their commitments very early, when they are first enrolled in an American college or university. They then work their way through years of schooling to achieve doctorate or masters degrees in certain fields or specialties. At which time they are hired to work directly in the US military as commissioned officers, or within the federal or state government, sciences and  research organizations that are usually defense related.

There they move up through the ranks of that organization into senior management positions to  gain access to more and more classified and sensitive information about the organization.

The CIA doesn’t think “long term”, like the Russians do, they never have, probably never will.

For this reason the CIA (FBI and federal government) will always be susceptible to “moles” within their organizations among their own ranks.

The Russians whole approach to gathering human intelligence is different from ours and it is why the Russians will always have be better at human collection and espionage then we are.

We also rely too much on technology for intelligence gathering purposes…

The other problem is you get a new CIA director every  few years, if they last that long.

Usually these people have, let’s face it, no real experience being a spy in the first place, like former disgraced Army general David Petraeus, or former Secretary of Defense Robert Gates for example.

Why in the world the President would have chosen such people to begin with is totally mind boggling in the first place? Even to someone like me, with only a 12th grade education – its incredibly stupid and short sided on their part.

What you needed to do was recruit directors from within the agency among career folks, in areas like counter intelligence, for example. These are the real experts…

Why this is never done is also perplexing to me, but underscores a systemic problem in our whole approach to intelligence gathering and espionage.

One that unfortunately sets us up for failure every damn time!

The Director manages the operations, personnel and budget of the CIA and acts as the National Human Source Intelligence (HUMINT) Manager.

Filed under: News, US
Share Tweet Pin G Plus Email
previous article: Amazon’s Smartphone Is Finally Here
next article: To catch a fox!