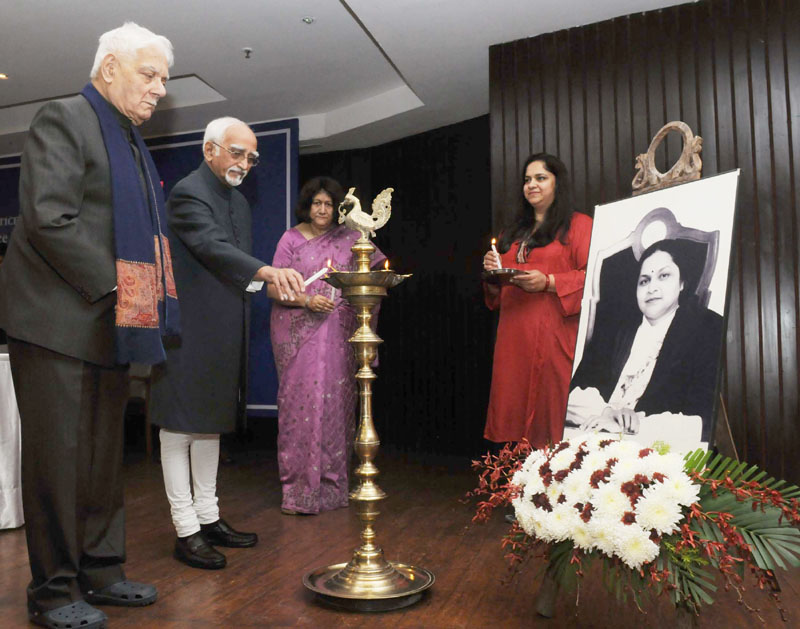 New Delhi (PIB-GR-TYP-BIN): The Vice President of India, Mr. M. Hamid Ansari has said that the process of dismantling patriarchy may have been initiated but is yet to deliver a finished product. He was delivering the 22nd Justice Sunanda Bhandare Memorial Lecture ‘Dismantling Patriarchy Challenges Ahead’, on Nov 30.

The Vice President said that the reason for the unfinished quest for gender equality is less in the realm of legislation and rules and more in the unstated or partially stated major premise underlying social perceptions relating to human values and behaviour as it has evolved over several millennia.

Quoting a report by the High Level Committee on the Status of Women, the Vice President said that ‘through a combination of family, caste, community and religion, among others, patriarchal values and ideas are constantly reinforced and legitimized’. He also said that the Report alludes to, but does not specifically address the root causes of this state of affairs. The inference from available evidence, therefore, is that patriarchy does not stand dismantled and that the current efforts by government and society are at best aimed to produce equity of varying intensity rather than substantive equality, he added.