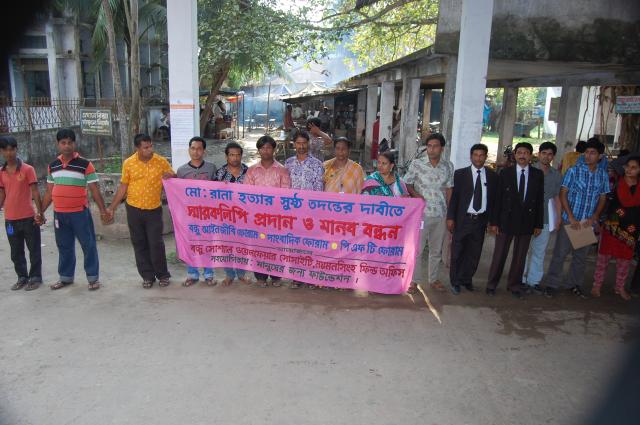 A young person named Md. Rana who belongs to a marginalized community was brutally murdered on 23 March, 2011 in Mymensingh, Bangladesh. Case filled in local police station but investigation found slow. To claim justice on the killing local activists come into action 5 April, 2011. On the process the submitted Memorandum to Police Super and District Commissioner of Mymensingh. After the submission of memorandum a Human Chain Procession held in front of Mymensingh DC Office which was organized by Bandhu Social Welfare Society, a national NGO. People from all spehere of society including lawyers, journalist, mass people, mother and relatives of the victim and fellow community population participated in the procession. Present mob in the procession demanded justice over the killing.  .