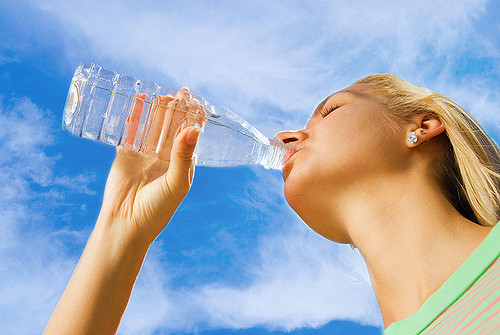 According to a report by Persistence Market Research, the rising demand for crude oil will cause the water treatment systems industry to grow exponentially in the coming years. It is expected that governments around the world will impose stricter rules and regulations on recycling the water that is produced during oil mining, making it necessary for corporations in the oil and gas sector to adopt and install natural water treatment systems.

However, there are certain obstacles in the form of financial expenses and complex operating mechanisms that could hinder the wider integration of industrial water treatment systems. Let’s take a look at what the report from the analytics farm has taken into account and analyzed before coming to such a definitive figure ($6 billion) regarding the future value of the industry.

North America is currently the most prominent adopter of tertiary water treatment systems and it will continue to be so until the end of the specified period. The compound annual growth rate in North America is expected to be 8% or more, making it the fastest growing market as well. Europe is likely to be next in line to adopt water treatment systems on a wider scale in the near future. Although Asia Pacific is on the list of potential markets as well, the report indicates that growth till the end of 2020 won’t be anything remarkable there.

A more active urgency will be seen in not only ensuring that produced water is being filtered but also in making sure that it is done in a sustainable manner which affects the environment in the least harmful way possible. Chlorine, chlorine dioxide, hypochlorite and some algaecides are commonly used biocides in an industrial water treatment system, in spite of their toxicity.

Although their capability to kill germs remains unquestioned, the toxic residue they leave in water can and has led to severe health disorders like gastrointestinal cancers in human beings when ingested for a significant period of time. Research shows that even when chlorinated water is kept out of the drinking water supply, industrially treated water often finds its way into water streams and eventually animals and plants around the area.

To address this ever-growing environmental and general health hazard, UV ray filtration and more importantly, Universal Environmental Technology (UET) powered water treatment systems will rise to the occasion. UET works on an algorithm which promotes restoring the natural compositional equilibrium of water. In place of hazardous biocides, the system introduces natural minerals via electrolysis in a series of reaction chambers to not only kill germs but also to get rid of heavy metals, corrosive residues, and scales from the treated water.

Since the resulting water is just as germ-free as chemically treated water, without any of the harmful chemical residues, market pioneers like Dynamic Water Technologies who provide sustainable water treatment solutions based on UET filtration systems, are expected to grow and gain significant market share by the end of 2020.

It can be summarized that growth of the produced water treatment systems industry is primarily dependent on two factors. The first is, of course, the expansion of the oil mining industry in North America and abroad. The second factor being an active awareness of how that growth is affecting everything around the mining sites.

Demand for oil is going to keep on rising for the foreseeable future, so growth is imminent in that sector, thereby forming the main basis for boosting the total value of the water filtration systems business, as predicted by the report. Although expensive at the moment, government subsidies and regulations should make adopting natural water treatment methods more practical. Besides, the tremendous negative impact that offshore drilling is having on the environment and ultimately, human health, may not leave much room for choice.

Filed under: Health & Science, Lifestyle
Share Tweet Pin G Plus Email
previous article: The Convertible Multi-Way Dress – Perfect for Your Wedding
next article: Should I Forbid My Kids from Playing with Toys?