The best of the best gets noticed no matter what the situation or vehicle. Pavarotti, Mandela, Gretzky, these names have nothing in common other than the fact that they are globally recognizable for their greatnes. Renowned Russian film director Timur Bekmambetov has directed hit films such as the 2-time Oscar nominated Wanted, Paramount Pictures’ reimagining of the classic Ben-Hur, and others. Timur has led the charge in convincing the world of the many exemplary talented individuals in the Russian production world. Timur’s go to production house in Russia is Okey-Dokey. Executive Producer and founder of Okey-Dokey, Alla Khomichuk established this production house’s preeminence by working with only the most talented the industry has to offer, which includes producer Evgeny Telegin. As one of Okey-Dokey’s shining stars, Telegin has produced many award-winning advertisements for a variety of international clients. The culture of excellence created at Okey-Dokey has proven a fertile ground for professionals like Telegin who are able to display an artistic eye and sentiment when applied to the highly diverse approaches of the companies and brands who seek them out. Confirming Evgeny’s contributions at Okey-Dokey, Khomichuk declares, “I worked as a producer at numerous distinguished advertising agencies, which is where I attained the experience necessary to start my own production house.  My earlier employers included BBDO Moscow, which is one of Russia’s most productive advertising agencies, and McCann Erickson, another highly regarded advertising agency that produces content for major companies like Coca-Cola and Chevrolet. When I started Okey-Dokey, I knew it was vital to hire the best of the best in the industry in order to make a mark as a pivotal production house not only in Russia, but also the world. Therefore, I hired sensational producer Evgeny Telegin as one of the first official employees for Okey-Dokey. Evgeny offered his strong producing skills and knowledge of the industry to a multitude of critically lauded commercials for globally recognized companies such as Ikea, Stimorol, Halls, McDonalds, Russian Standard Vodka, Nike, Delmor, Eldorado and Panasonic.”

Evgeny produced a series of commercials for IKEA Belaya Dacha (a region in Moscow). These advertisements produced by Telegin won a host of awards including: an ADCR 2006 Golden Award, a Moscow 2006 Festival Golden Award, and the XV Moscow International Advertising Festival 2005 Golden Award. Advertising agency Instinct came up with the script which features two comical “Swedes” (who represent the two new IKEA stores opening in Moscow) and their attempts to hide the grand openings which were highly anticipated by consumers. The duo of protagonists is seen attempting everything from physically obscuring the massive stores to yelling over advertisements in an attempt to prevent the massive stampede of customers that will overtake the IKEA locations. The irony and humor of these commercials were as successful with the public as they were with the advertising community.

For Hall’s Candy, Telegin took the production international. Moscow is not particularly warm in October so Evgeny took the shoot to South Africa when the script called for a “water tornado” to communicate the refreshing effect of Halls candies. He also signed on director Leo Gabriadze who is well known for his work with CGI. In 2007 when the commercial was produced, CGI water tornados were virtually unheard of in advertisements. The weight and responsibility of overseeing a production that takes place on different continents and is only possible with an army of professionals is daunting to most but Evgeny cites it as the source of his enthusiasm. He comments, “It is always challenging. I like to raise the bar with every project. It is always something new! Each project is like a small life you are living. You create something with great interest and high demand, you make your client happy with the result, and then you move on to something new. You might have a script about children, then it’s a car commercial with beautiful shots in a desert! Next you have a very interesting CGI story or a story with CGI animation. After that you get a storyboard of a main characters surfing in one scene, then mountain skiing, and next paragliding…and you start thinking…’ok, how do I make it happen and where?’ You have to discover the idea! My career always becomes something interesting, something new. You never get bored or tired. This compensates you for all your sleepless nights, your stress, and your time. I wouldn’t have it any other way.” 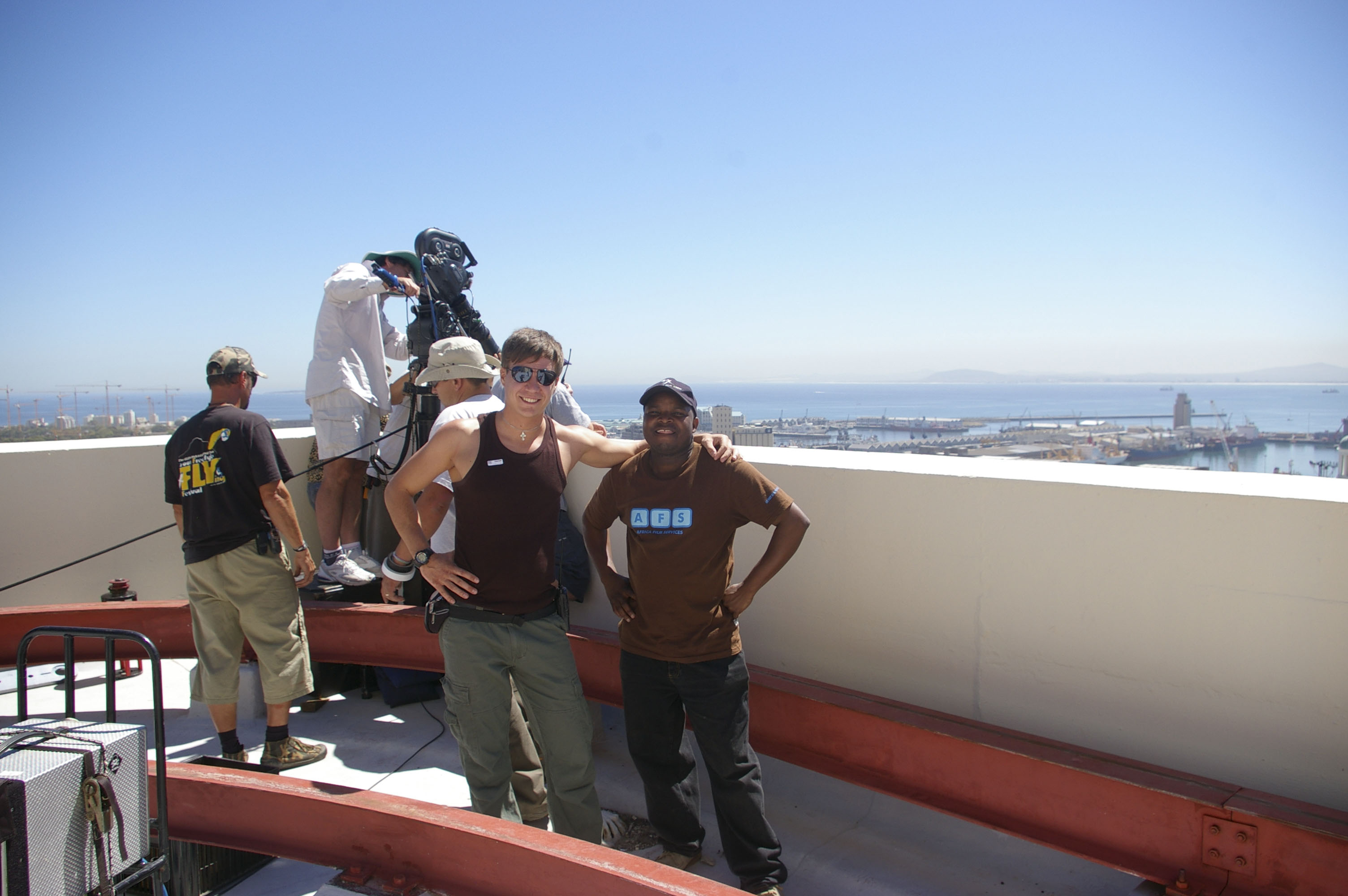 Sometimes Evgeny’s role as a producer means finding the paths that others overlook, allowing the client to receive the best product possible. When working with Instinct to create a high art commercial for Bavaria beer, Telegin melded artful film shots with CGI. The message of the commercial was to communicate how social media may be less desirable than the more traditional form of connecting with people. The script for the Bavaria beer seemed simple at first look, but there are some important details, like ASCII code (abbreviated from American Standard Code for Information Interchange, a character encoding standard. ASCII codes represent text in computers, telecommunications equipment, and other devices. Most modern character-encoding schemes are based on ASCII, although they support many additional characters). Instinct required not only a CGI studio and real footage of the beer, but also a very artistic commercial! They expected something special, something fresh and original. The Idea of the campaign is that people nowadays use social media to interfere rather than to meet up in person. Bavaria beer wanted to promote real life communications with a glass of the finest Bavarian beer. Telegin found a CGI studio in Frankfurt am Main with an in-house director and CGI supervisor. No one in Russia had ever worked with this studio and the studio had never worked within the Russian market. It was an ideal match for the production. The client, Bavaria beer, liked the idea of creating a commercial for a German beer with a German studio and a German director. The plan was to shoot “beer art” with a beautiful shot of the beer pouring in slow-motion with the director and the CGI supervisor in Moscow and then go to Frankfurt with the agency and the client to supervise the last stage of production. This combination worked perfectly. The shoot happened in Moscow, edits were made, and sent back to the director. Evgeny remarks, “Its German beer; who else knows better about German beer than Germans? I remember how the Client approached me after the final presentation and said that they had never been more satisfied with the result as they were with this production! Needless to say, I was ecstatic about their reaction. I feel that way every time I have the opportunity to create something in the industry. Working with international super brands like Nike, Procter and Gamble, Coca-Cola, McDonalds, and many others is so interesting and so inspiring for me! You feel as if you are a part of something big. You are making something together with people across the globe; there are no borders, no thousands of miles between you, no language barriers. I’ve gotten a chance to work with many companies and every time it’s something new. I think this is the most rewarding part of being a producer.”