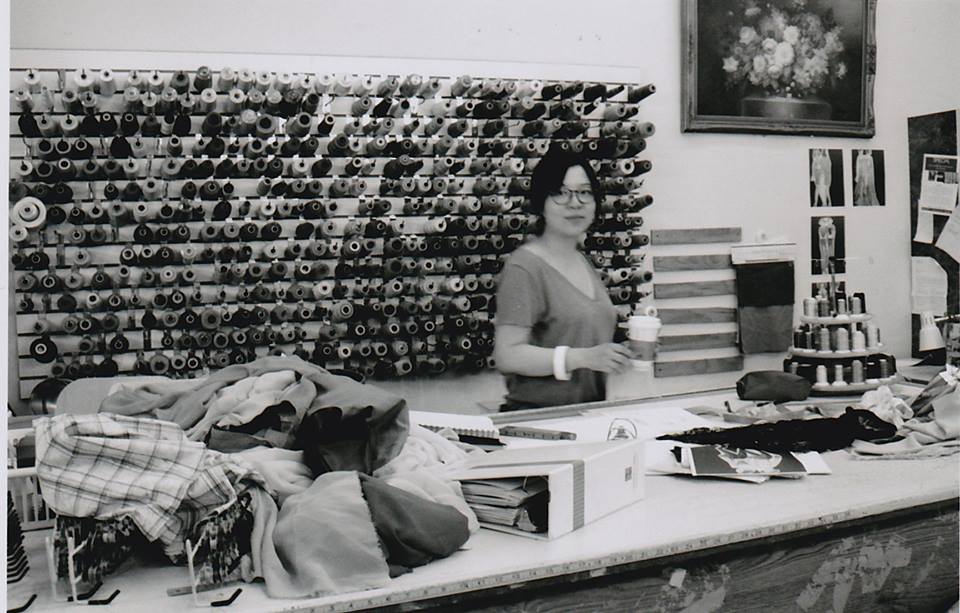 For Production Designer Yihong Ding, 2014 was quite a successful year with the brilliantly creative production designer being selected to head the art departments for a vast plethora of films including Maria Bonita, Five Dollar Meal, Slut and Like Father, Like Son, not to mention her work on several high profile commercials.

Ding’s work has definitely made it onto the radar of some of the industry’s most notable individuals, and her success in 2015 has only further proven that she is here to stay.

Originally from China, what makes Ding so special in the industry stems from a combination of her international experience, which gives her a unique and innovative way of approaching the way she designs each production, and her history as a leading art director.

Ding explains, “The business with art directing comes down to logistics. Organizing the art department is a lot of work. You need to schedule when to pick up the props, how many people you need for certain days; and always think ahead in terms of what is coming next, because you always need to be prepped for the next thing.”

Having fulfilled both roles on an array of productions has given Ding keen insight into what the other person, whether it’s the art director or production designer, is facing on a job, which has helped ensure that all of her projects run like a well-oiled machine.

In 2014 Ding production designed the film Like Son, Like Father directed by Ling Weng. A comedy with a shocking twist, the film follows two young orphan brothers in search of a father they’ve never met. Before their mother passed away she left them one clue to find their father, with the clue being the answer to the question: Do you love us more than money? But, when Dave played by Skip Pipo (Black Dawn, East L.A., Erased), a nice man who invites them into his home and cooks them dinner, answers the question wrong, that is the end of Dave.

“The movie was shot on 16 mm with a 3:4 aspect ratio. After talking with the director we agreed that we didn’t want any vivid color in the film except for the blood and for the boys toys,” explained Ding.

In the film, when the boys are not knocking on the doors of strangers in search of their mysterious father, they live in a tent in the woods; and, when it came time create the set in the woods, the tent the production had did not fit the color pallette they wanted for the film. Known for her ingenuity, Ding came up with a quick solution that kept the design and color of the scene inline with what the director wanted without stalling the production.

“I bought a few large pieces of burlap and sewed them onto the tent to cover the original color,” explained Ding. “So in the story viewers see a white tent instead of a khaki green one.”

Ding’s ability to think outside of the box in order to nail a clients vision has helped her create a dazzling reputation as both a production designer and art director in the world of commercial advertising. Over the last few years Ding has taken on vital roles as the art director on commercials for tech-industry leader Microsoft, and the production designer on several commercials for luxury lingerie brand Diomany, Luvs Diapers, and recently the KOD campaign for Street Dance World Cup.

On the KOD commercial, which was broadcast in eight different countries, the client requested that the sets in the production represent the eight countries where the commercial would air

Ding recalled, “Finding locations and adapting them to look like those places was my main job. Some of our main sets included a Russian home, a German bar, a Chinese street vendor’s stand, a Japanese classroom and an LA Dance studio.”

One of her strongest attributes is her ability to see the potential in a location and transform it to look like a place that is completely different from what it really is on screen, which allows her to work with virtually any space the production picks.

Ding’s visionary approach to her work will definitely keep her working as an international production designer and art director for decades to come. She recently finished production as the art director on the upcoming series Chasing the Dream, which will air on QQ.com in February 2016. You can also check out some of her work through her website: http://yihong-art.com/

Filed under: Film, Lifestyle
Share Tweet Pin G Plus Email
previous article: The Epidemic Nobody Is Talking About
next article: Sweden Keen To Partner India In Sustainable Urban Development Initiatives